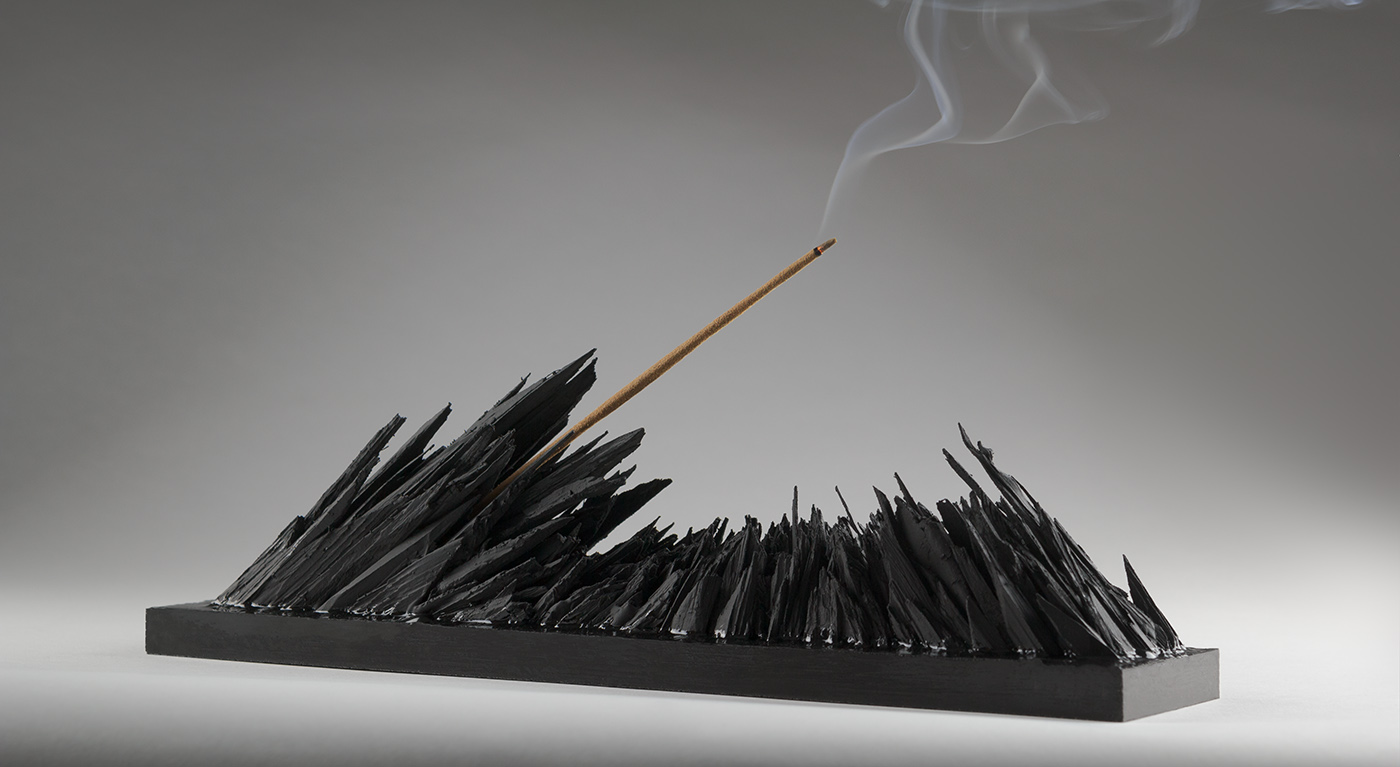 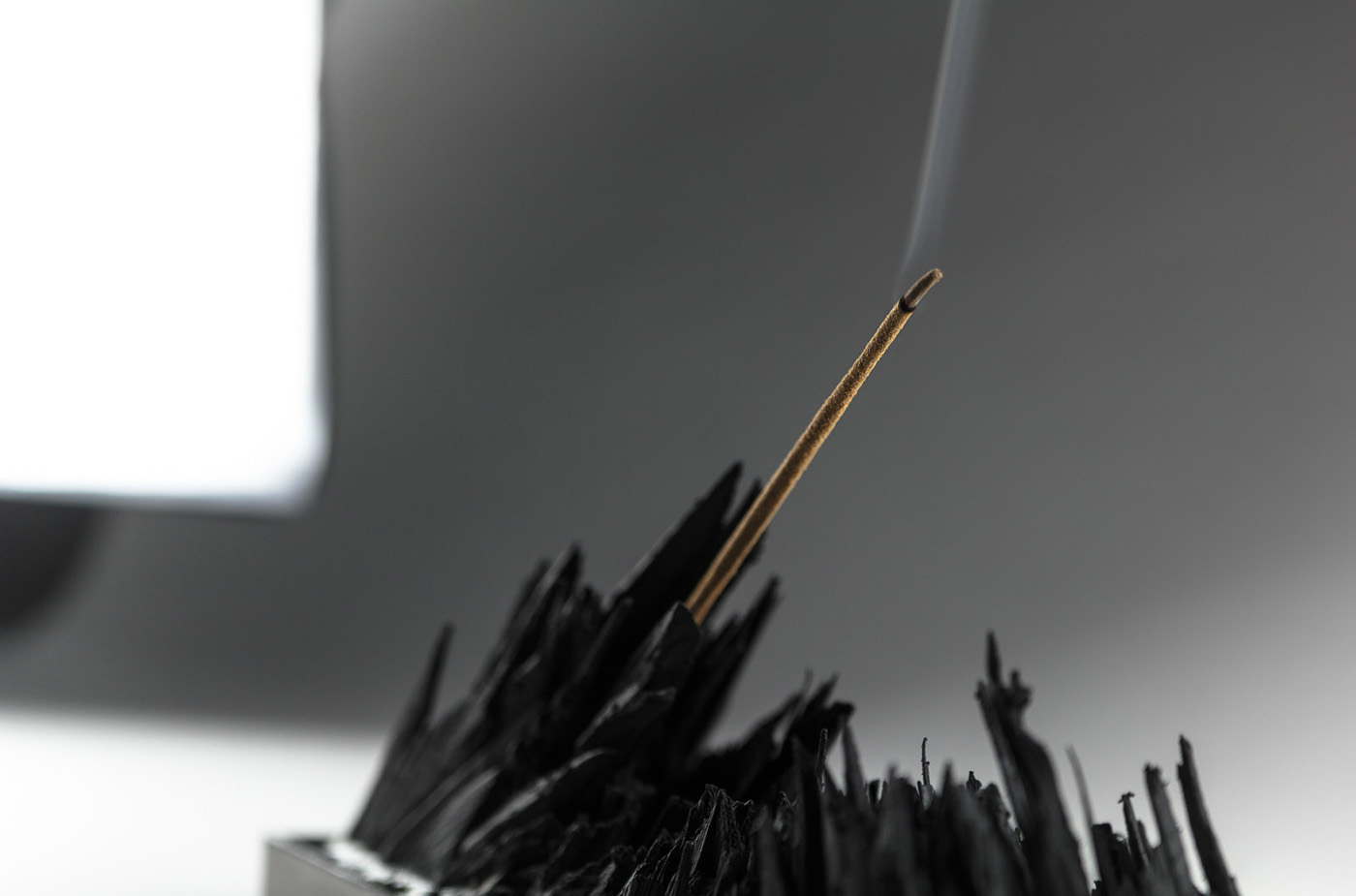 After a friend gave me a pile of random incense sticks, I realized the need for something to hold them, and collect the ash. Most (ok, nearly all) the commercial incense holders were quite underwhelming, so I set off to make my own. At the time I was living in middle earth, so a fragment of Tolkien's volcano seemed appropriate.

Inspired by both Mount Doom and Crematoria, the concept was a smoldering pile of jagged rocks reaching and twisting in response to the sharp diagonal made by the incense stick. The look was dangerous, and conveniently prevent the ash from blowing around. Cleaning is easy, and anything that sticks adds to the volcano look.

The biggest challenge in building this was dealing with the shear number of ways it could have been constructed. I can't say my decision was the best, but I do think it worked quite well. 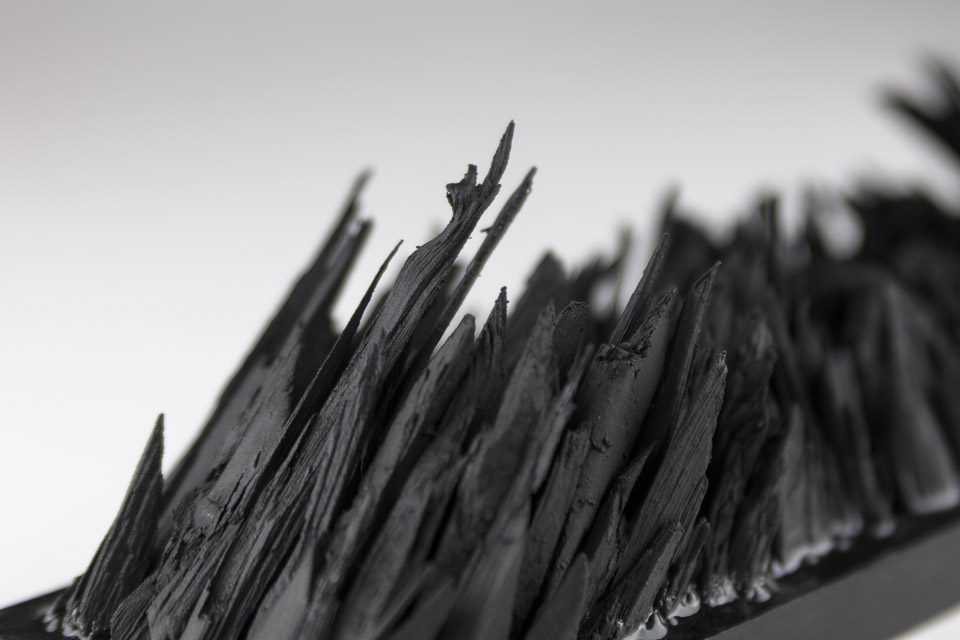 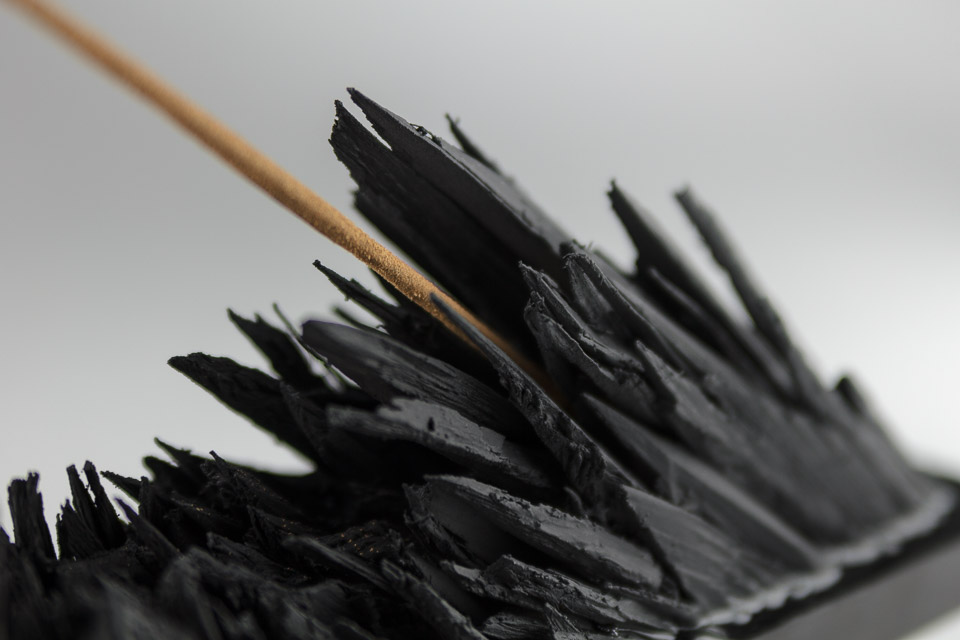 On recommendation from my friend David, I began whacking up a 2x4. I liked the idea of parts being born from extreme force and pressure. While my axe has nothing on plate tectonics, it was a bit faster.

Next I sized up a suitable plywood base, and started hot-gluing shards on. I included a small triangular receptacle with a hole to hold the stick at a 35 degree angle. While I could have just jammed it between spikes, this piece gave me an anchor around which to build out from. I glued down 'way point' pieces to make sure I got the curve correct.

After spending quite some time removing glue strings, I painted it matte black. A mold was laser cut from clear acrylic, and the base was cast out of smooth-on onyx. This turned out to be difficult due to moisture trapped in the wood causing bubbles. I was able to do a second cast, slightly larger, and remove most of them. I kept the top uneaven to give it a writhing, boiling look around the fragments. 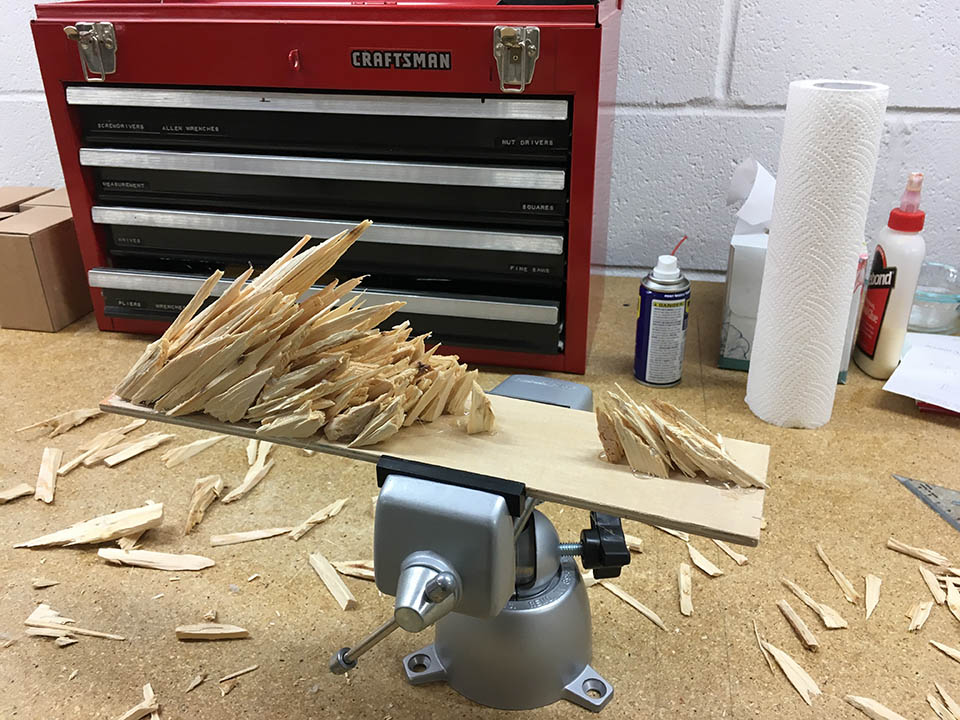 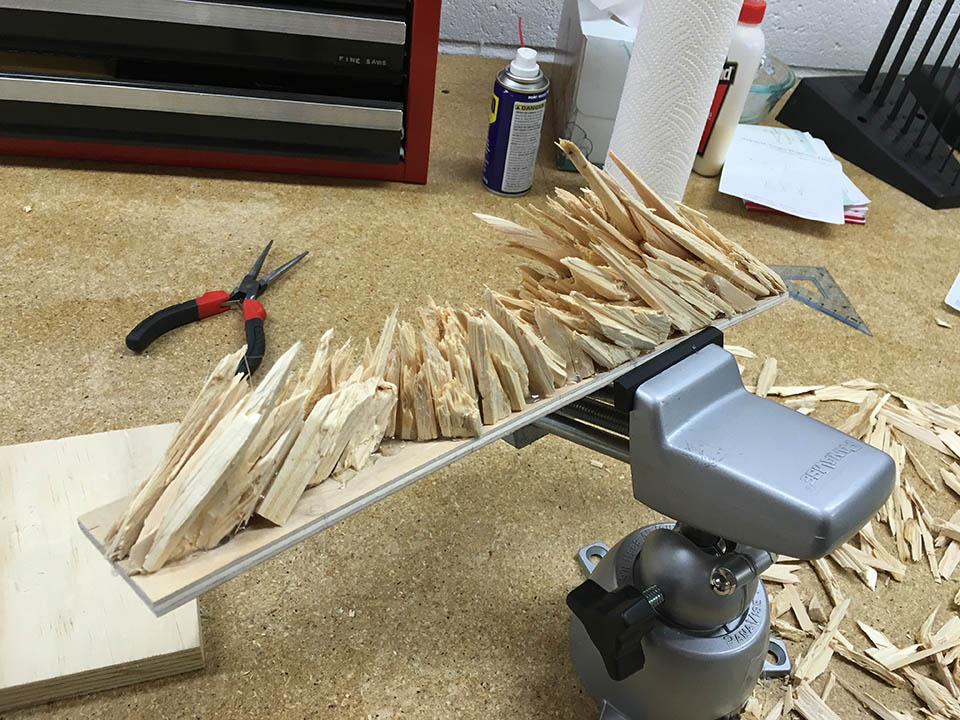 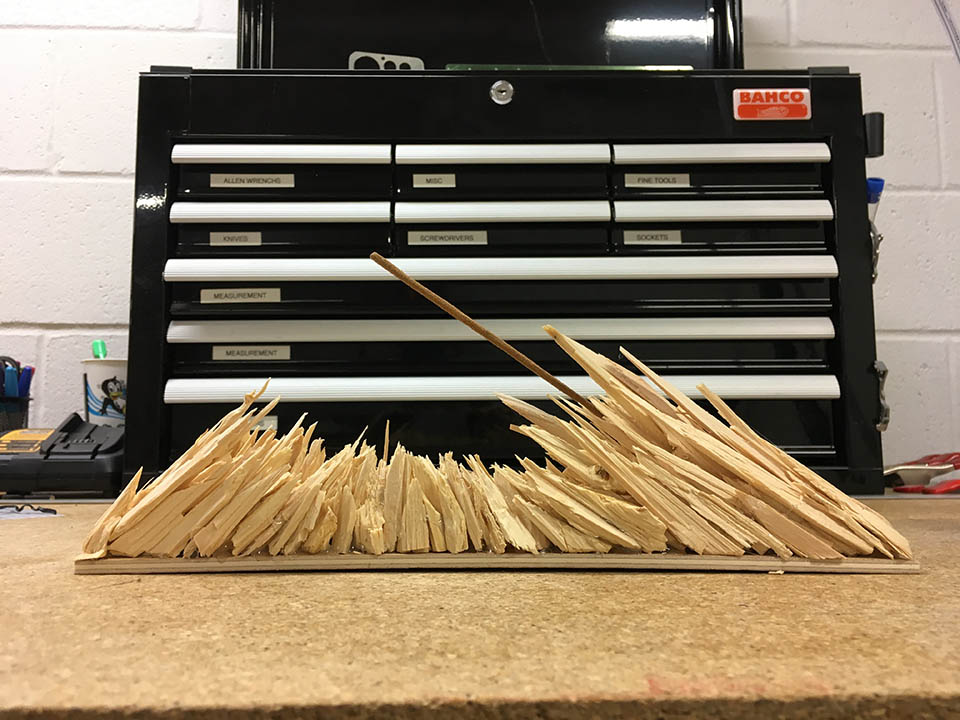