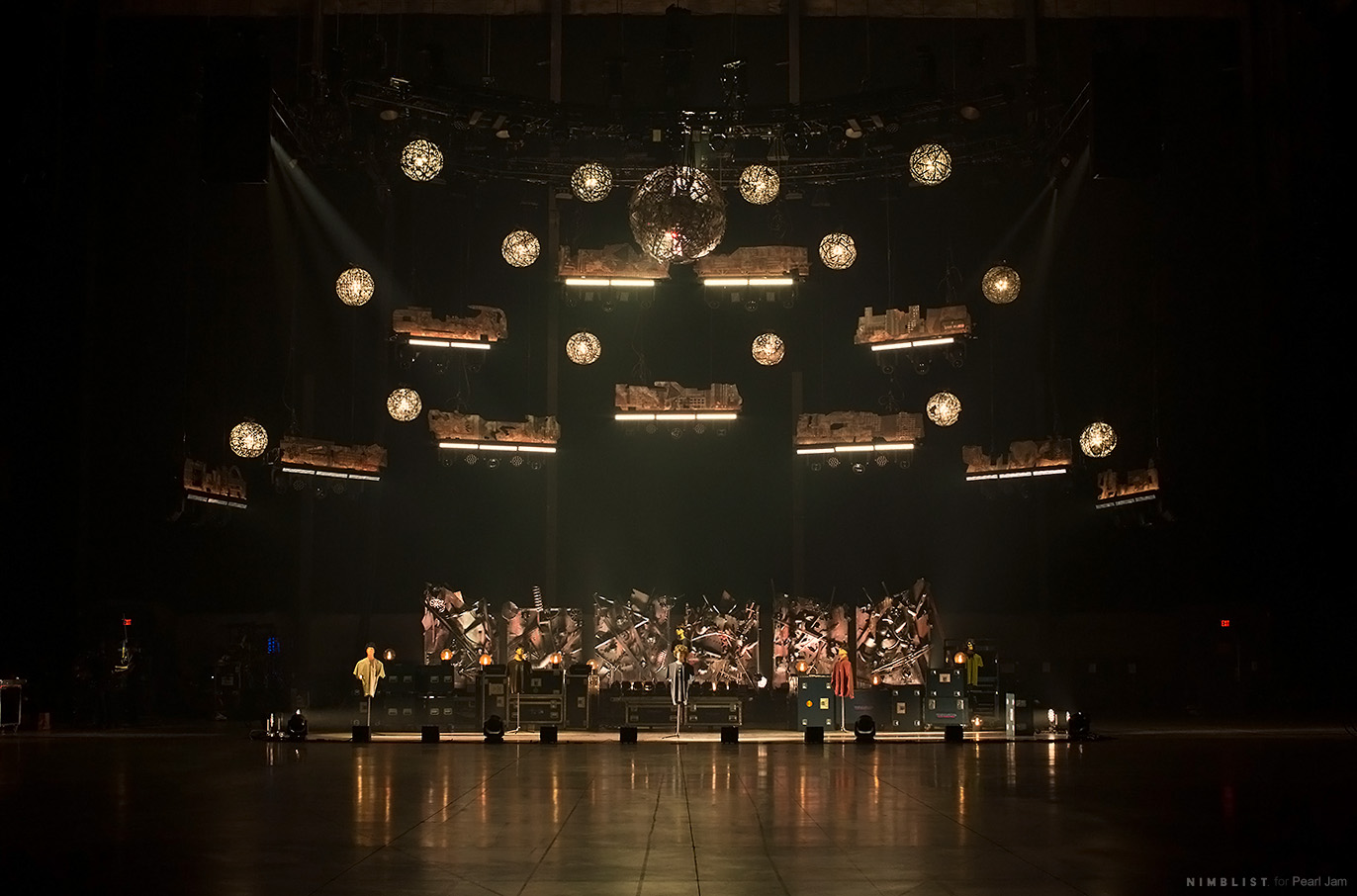 Again, Nimblist was back to provide lighting, production, and design. The new design had to be more flexible than last time. Many different shapes had to come out of it. It would have to work both indoors and outdoors (in the wind), in look great from the front, and work in the round.

We ran through many many different ideas. Some were too expensive. Some too fragile. Some too simple. After the success of the hanging lanterns in the last tour, we decided to upgrade those to 2.0 and make a whole bunch of cool, color changing sphere lanterns with a central mega orb packed with lights. 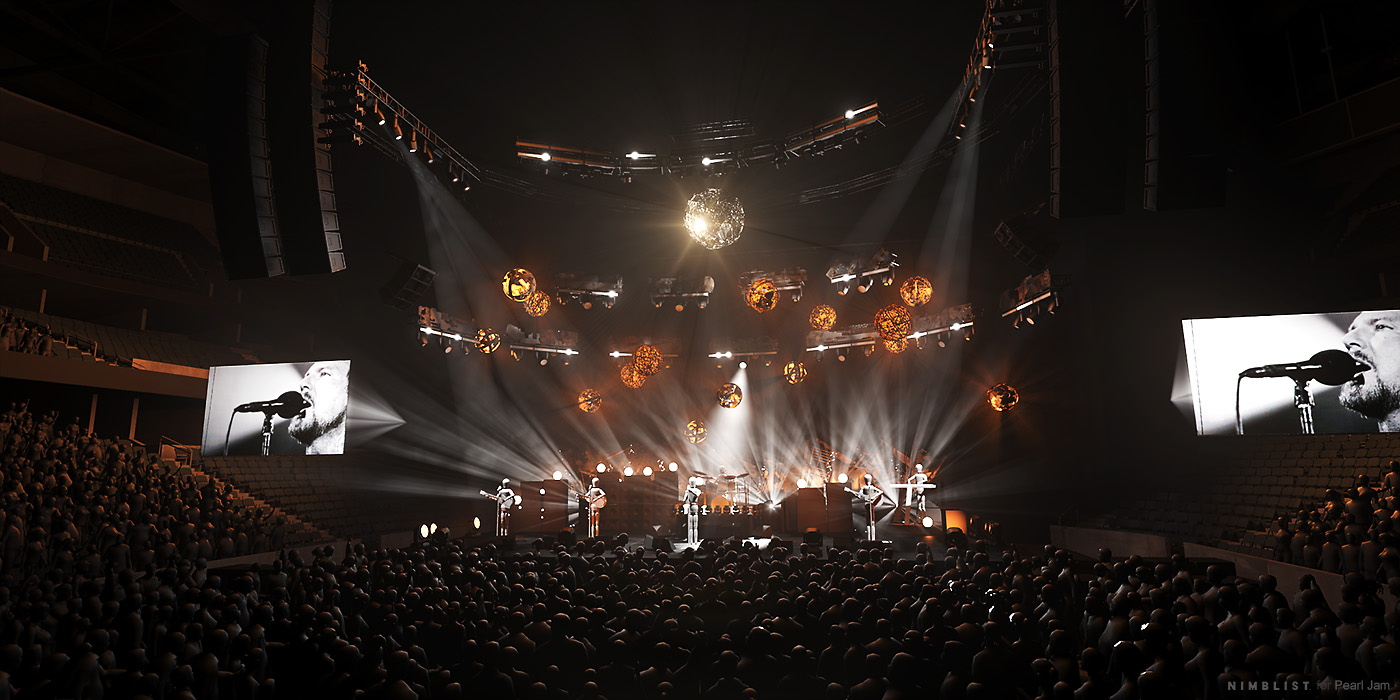 The new tour had three main scenic pieces I was responsible for designing: The hanging orbs, fascia on the moving trusses, and a giant upstage scrap wall. Evidence of humanity's fall was to be hidden throughout. The mood boards were a collaboration among the team, and then we had Adam McQuaig make us a concept sketch to get things rolling in the right direction.

I started by collecting some textures and modeling the smaller orbs. Once those were looking similar to the reference, I moved on to the large center orb, which was just an elaboration. For the upstage wall, I modeled a collection of panels and beams, and then used C4D to make procedural variations on those. The same panels were scaled down and re-textured for the truss fascia.

Sadly, because of weight, budget, and time constraints, we had to change the truss fascia to being printed plywood instead of actual metal. This was a challenge, as we no longer had as much detail supplied by the material. The paint and graphics don't catch light or shadow. I made the textures in Photoshop, and derived some from the 3D models. 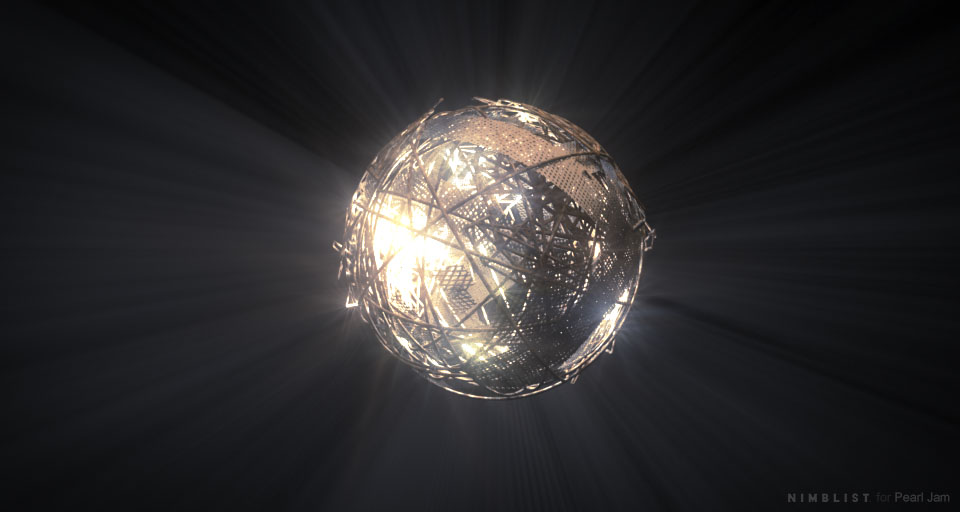 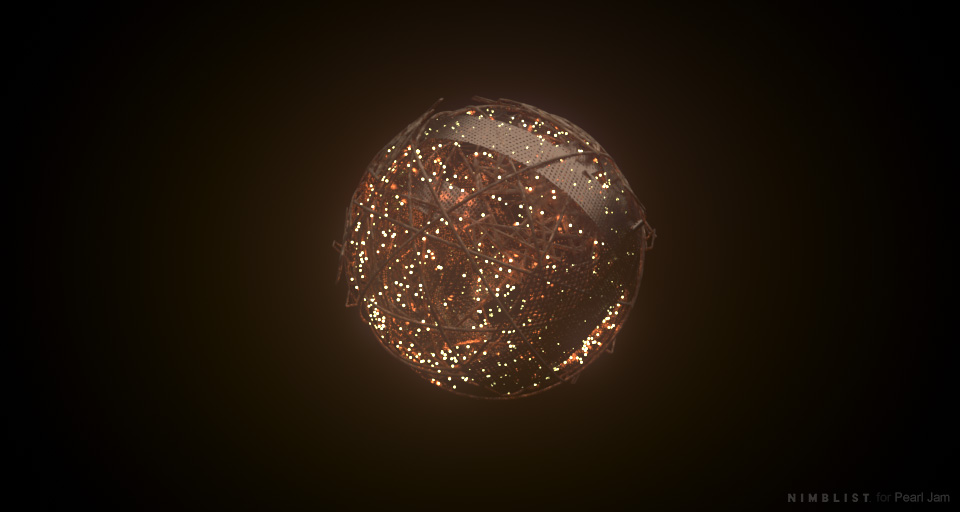 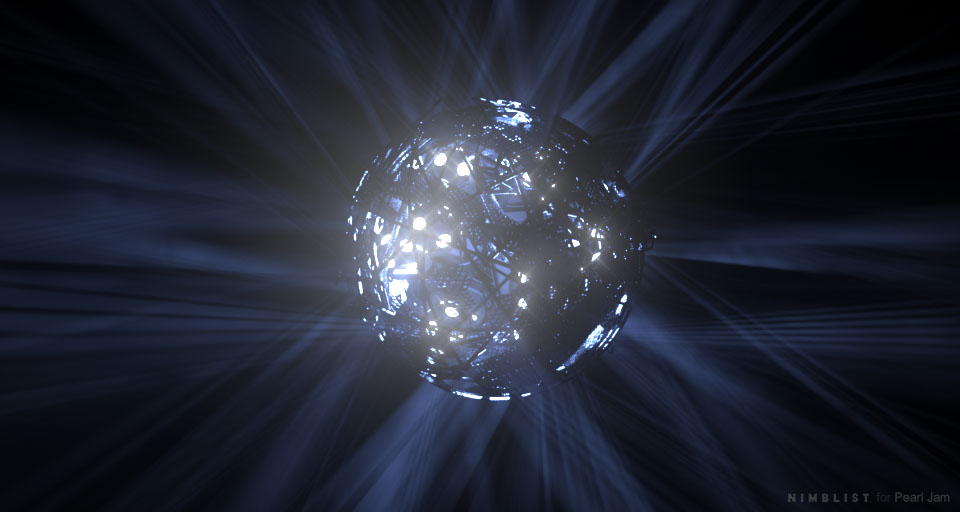 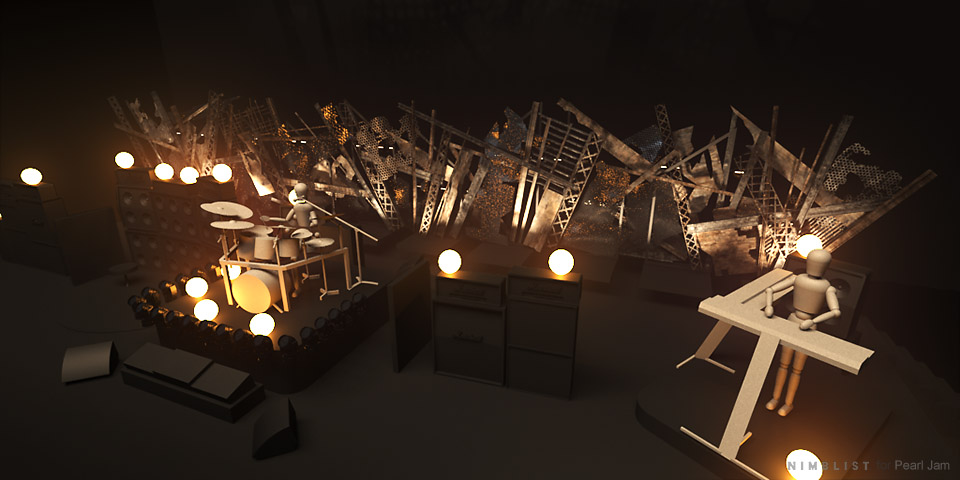 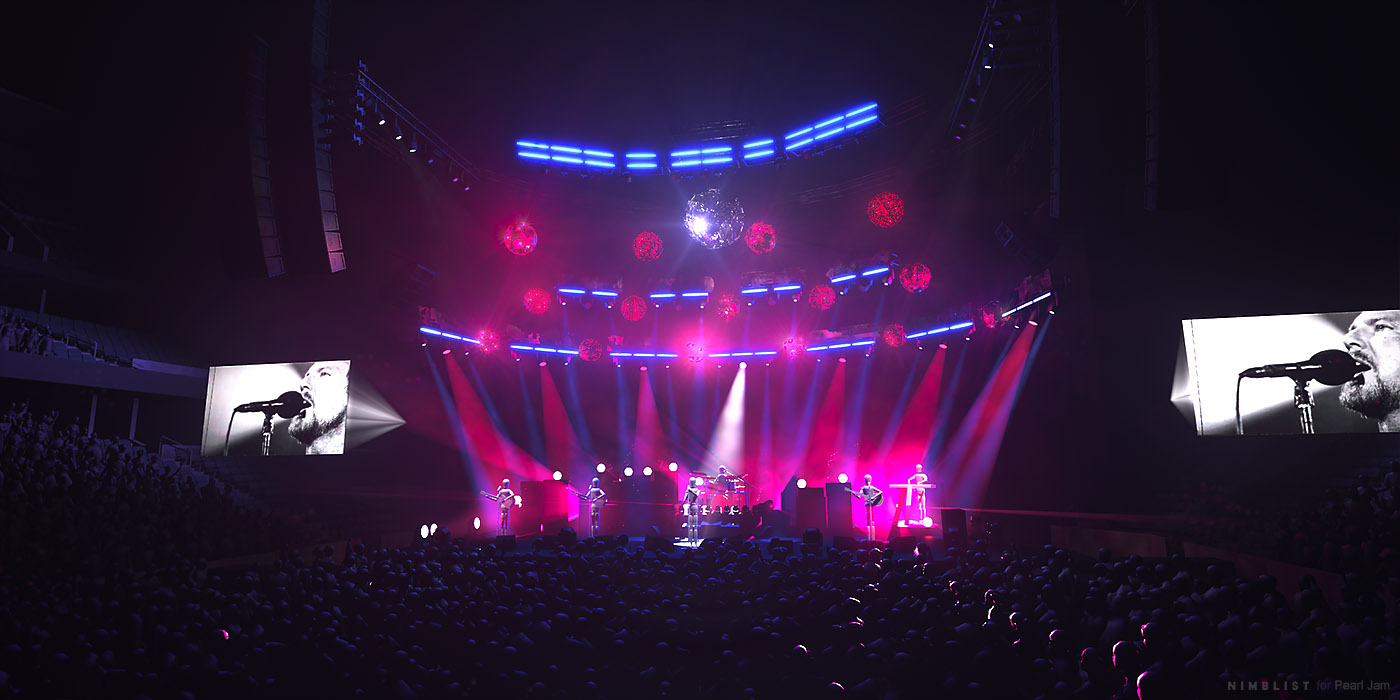 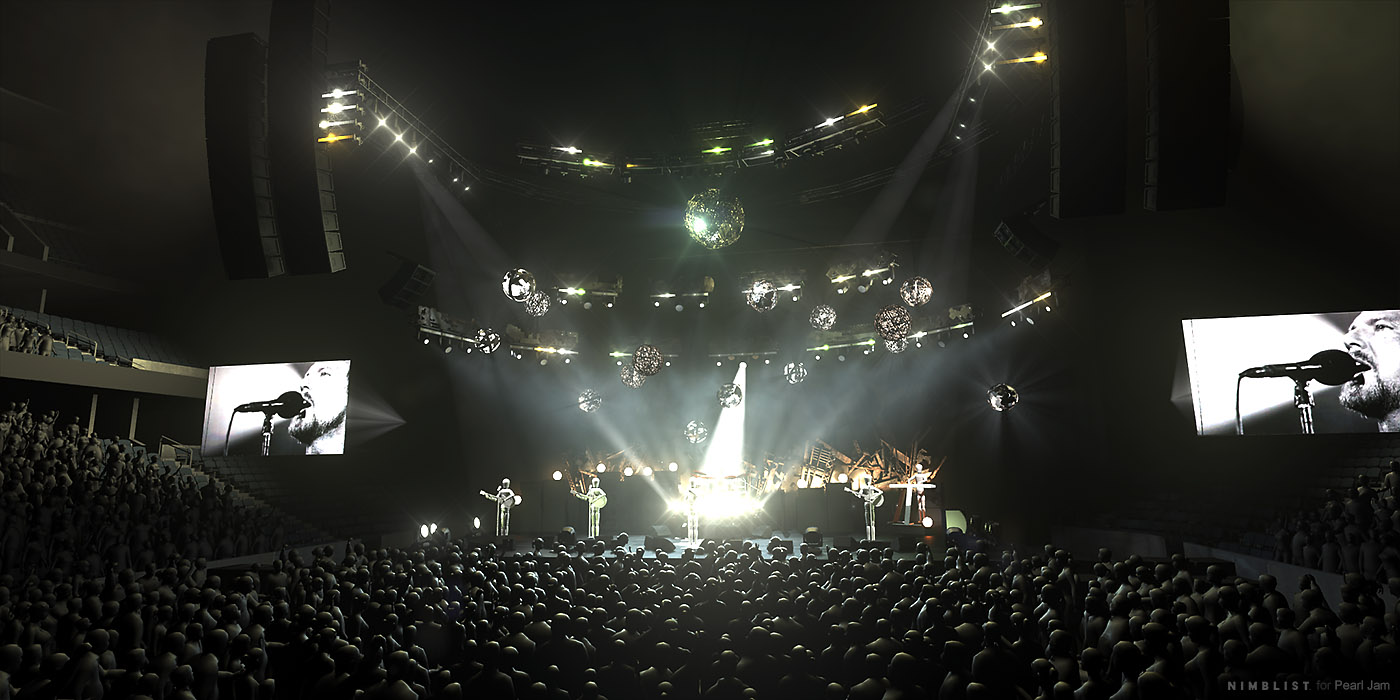 Our friends at Tait Towers and Upstaging brought the designs to life. Because we had so many things to build, the job was split, with Tait taking on the hero sphere and scrap wall, and Upstaging taking on all the smaller orbs and truss fascia.

The smaller orbs were made out of a combination of items impregnated with epoxy resin so they would hold their shape. These were then painted and internal LED lighting installed. I gave Upstaging a lot of freedom to interpret the concept, and they did a top quality job. It was really great working with them.

Tait literally welded the scrap wall together from their scrap bin, which was awesome! Again we gave those guys a lot of artistic freedom and that really made for a great end result. I was super fortunate to help the painting team during part of the process, and actually put some time in painting the back of the Scrap wall. Super fun, but definitely challenging. 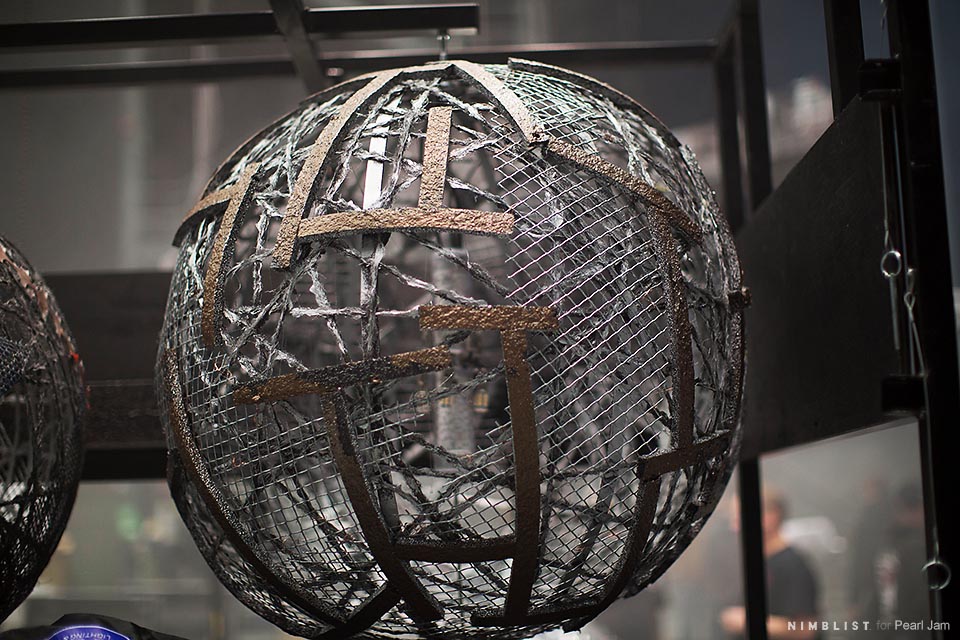 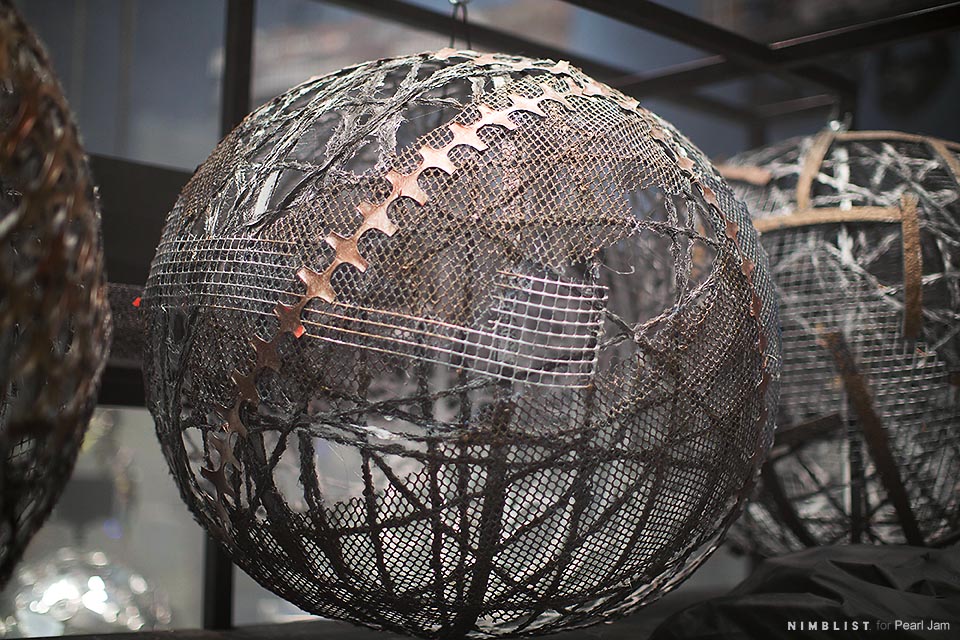 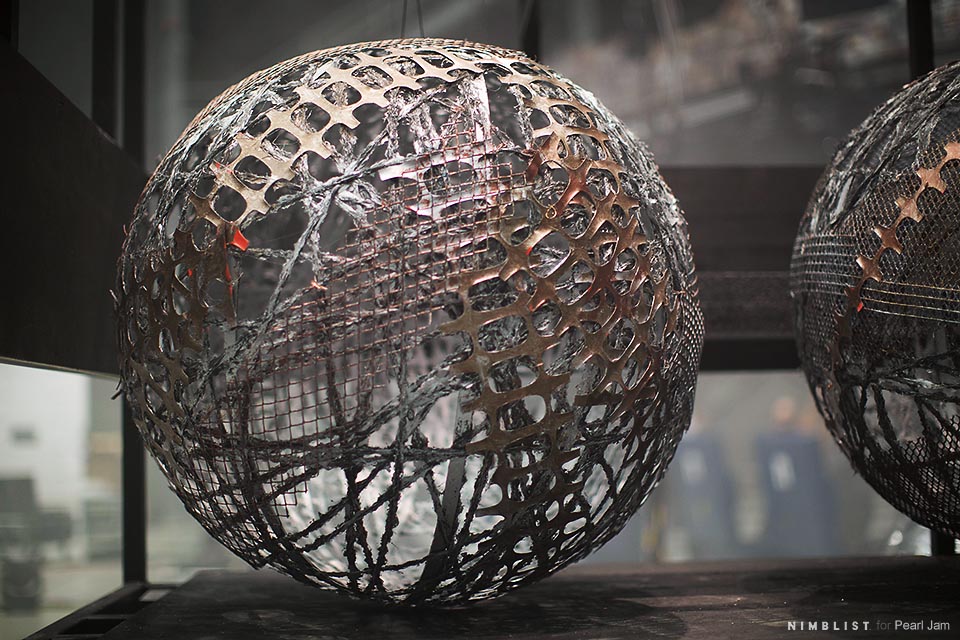 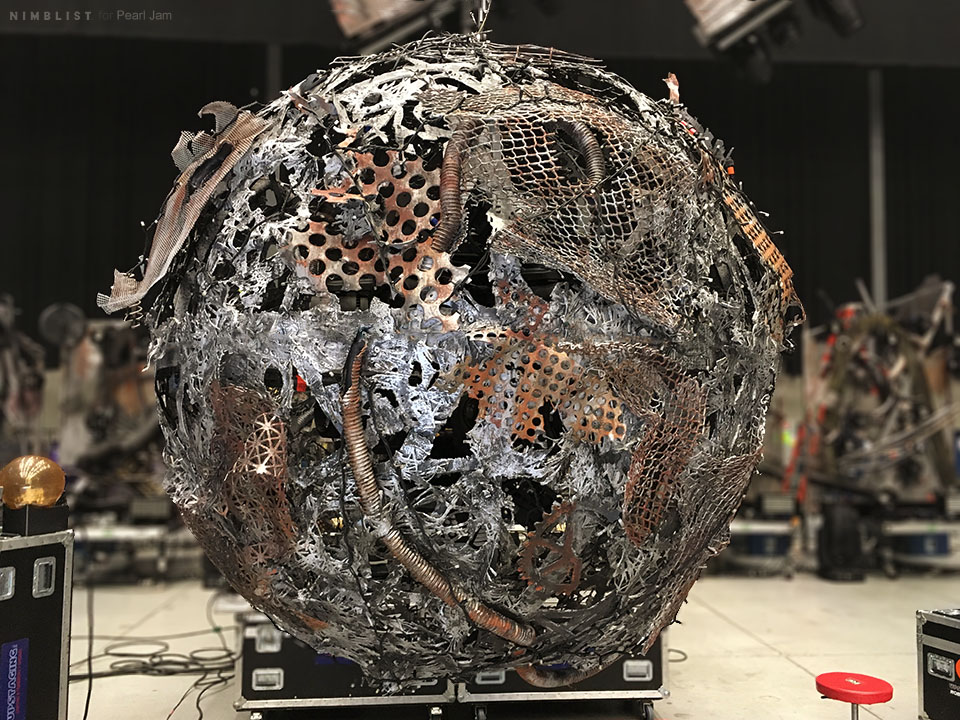 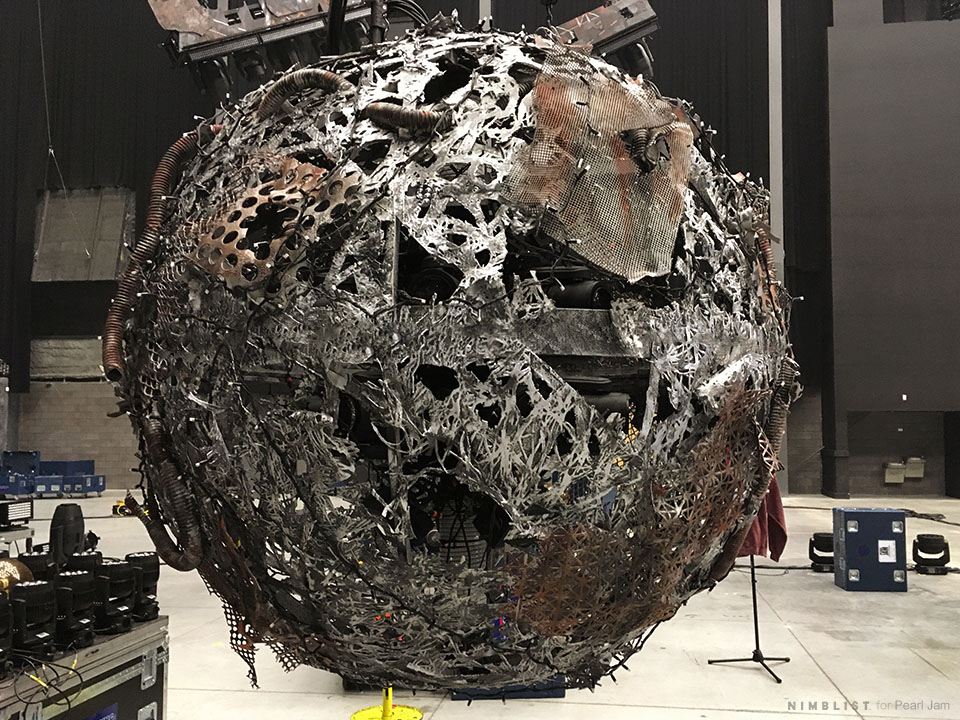 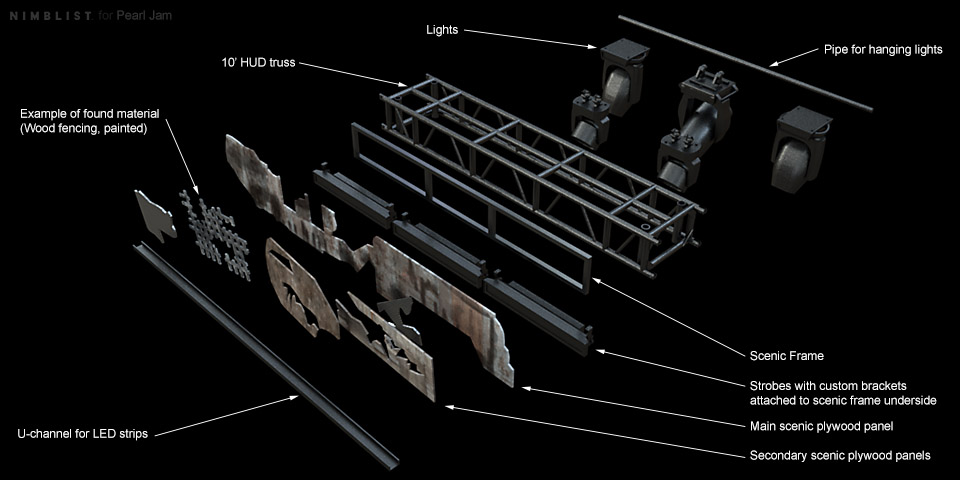 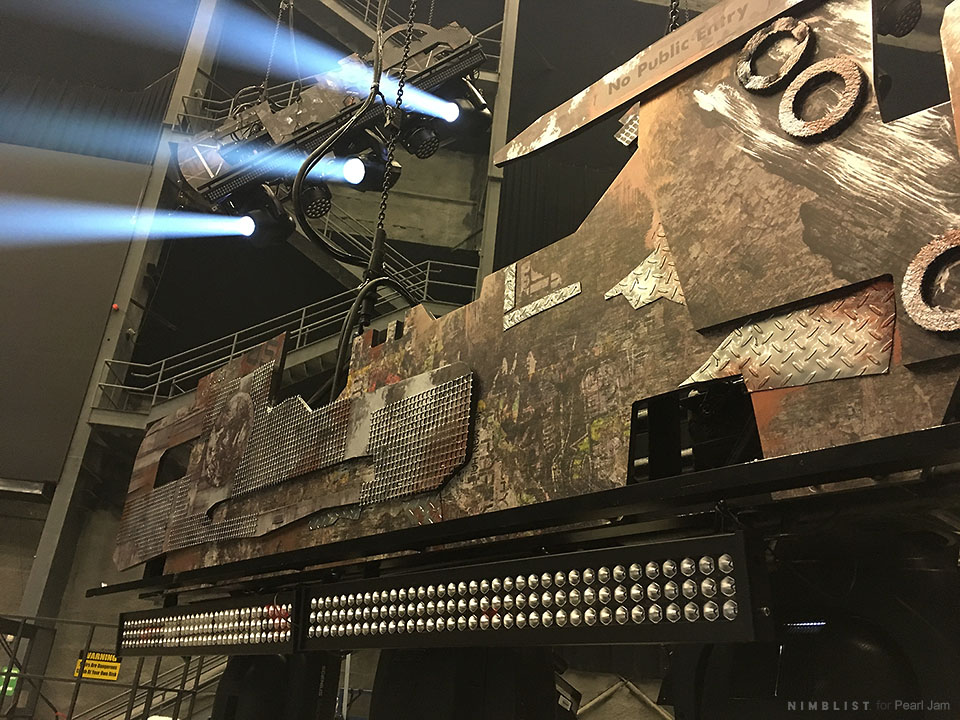 Preparing the front of the scrap wall 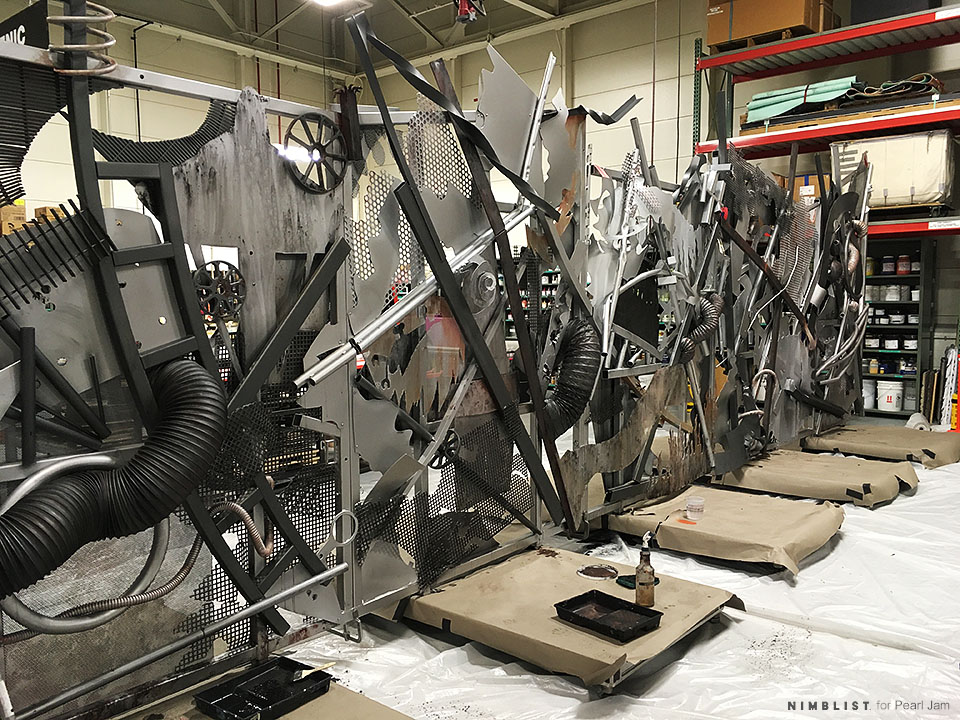 Some of my handiwork! 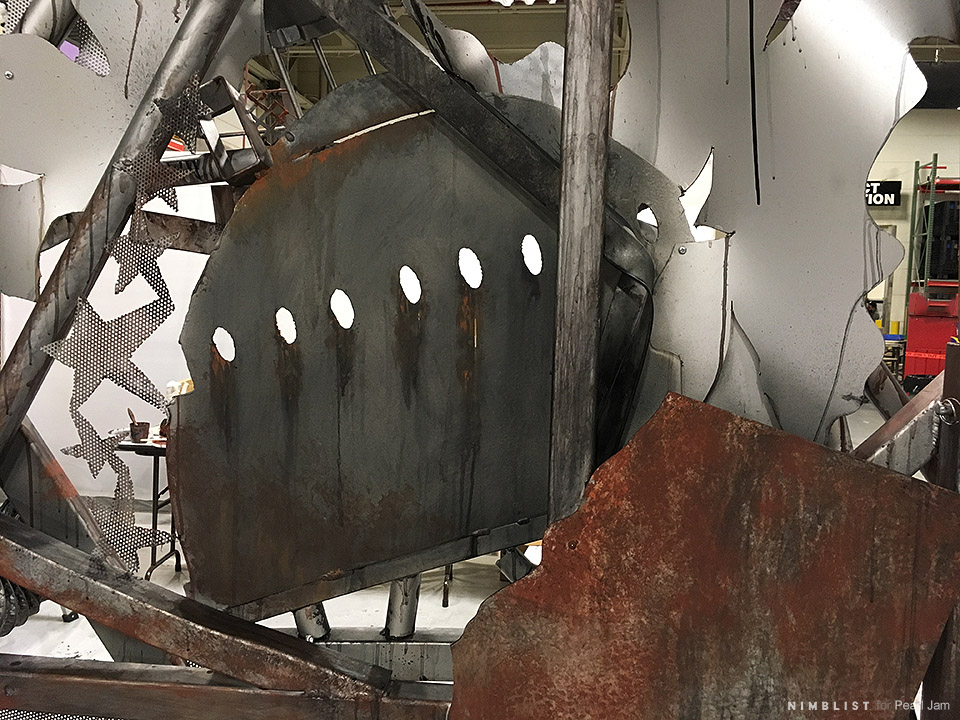 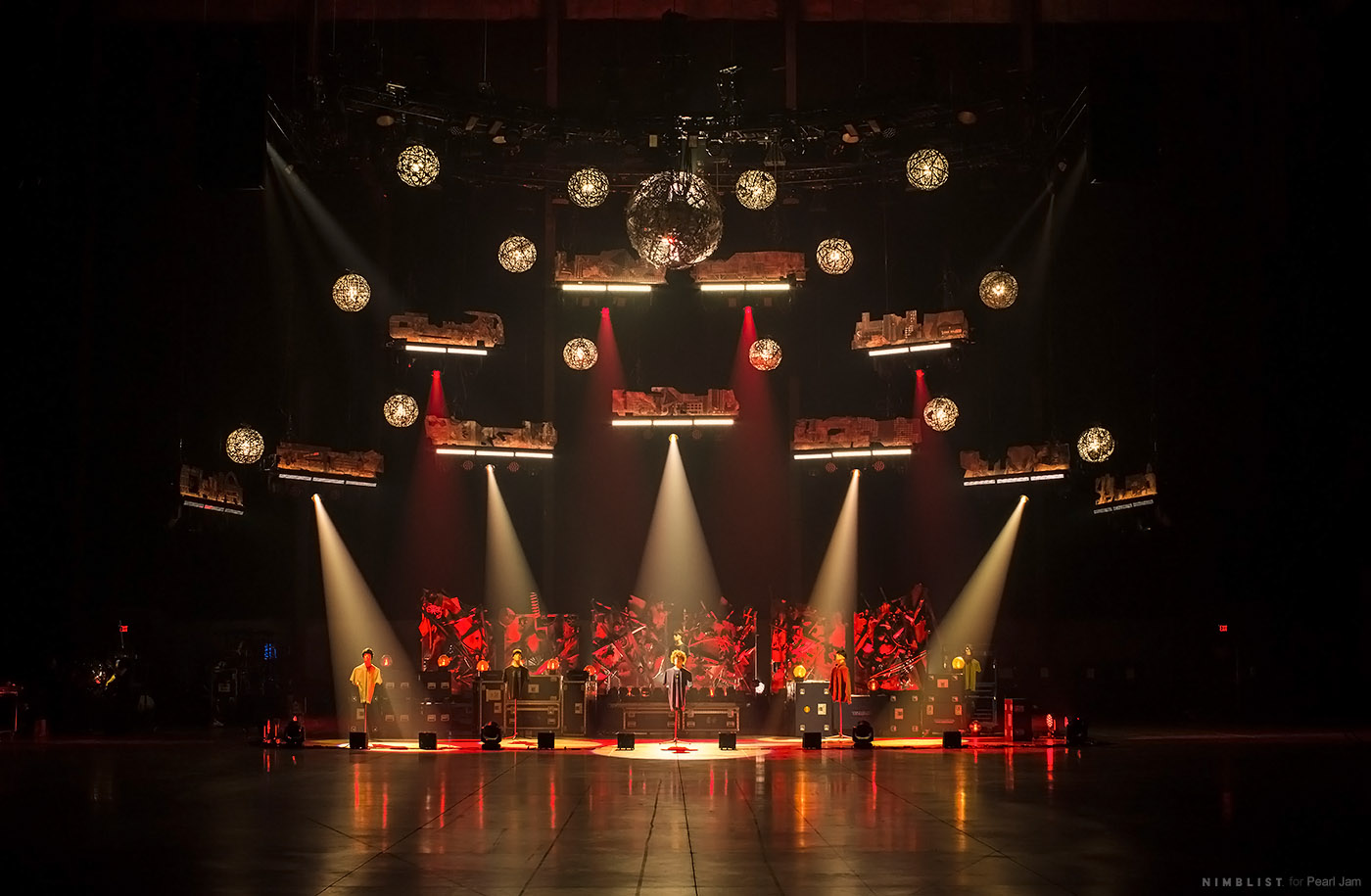 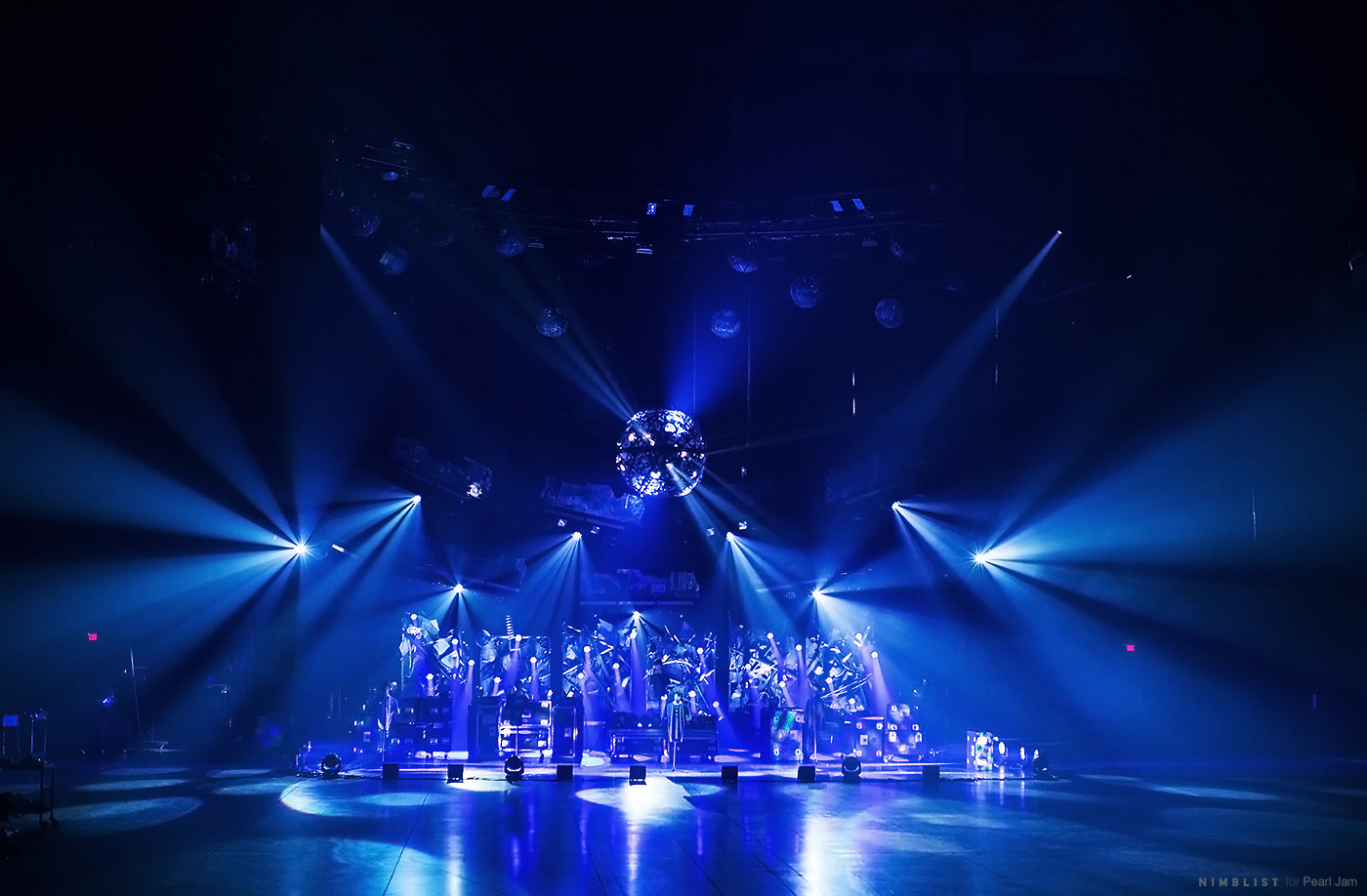