When the local science museum started plans to remodel and expand, I decided the time and place was right to build one of the fixtures into an exhibit for all to learn from. An exhibit I would have been in love with as a child. 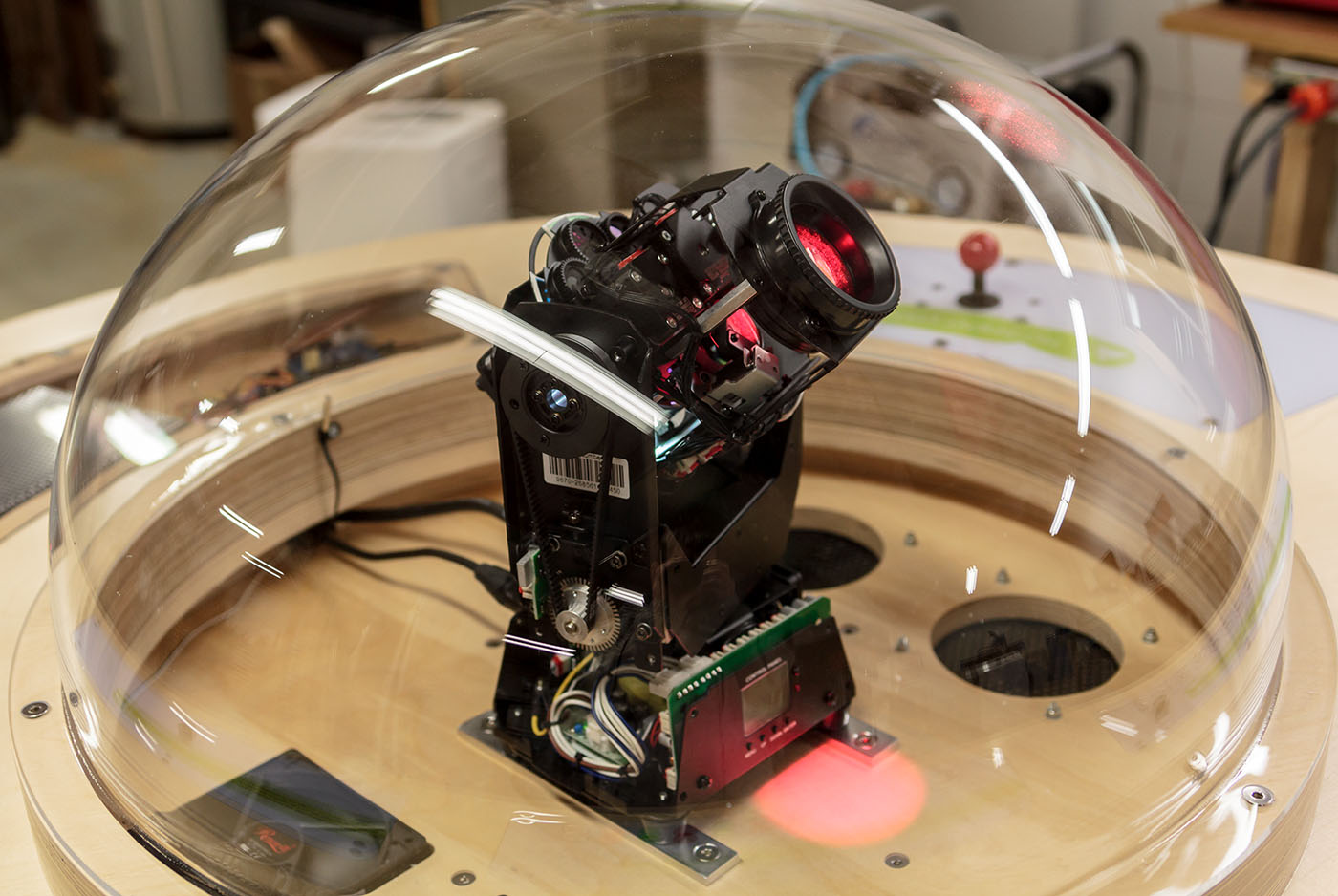 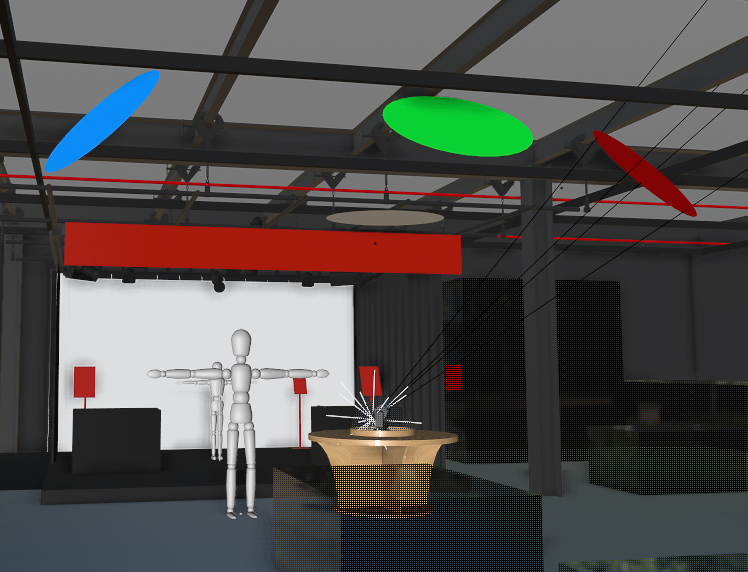 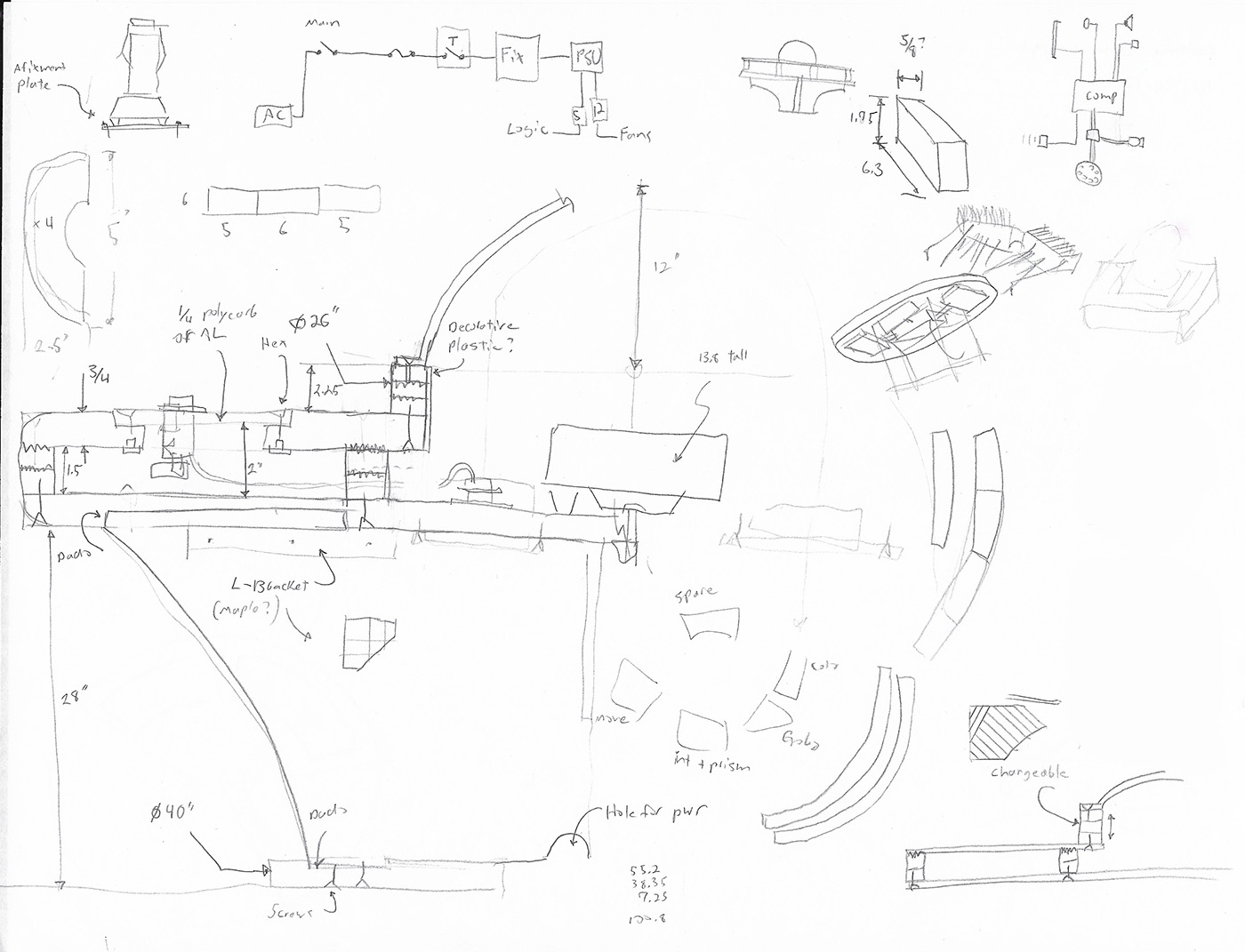 The exhibit was destined for the Lancaster Science Factory. Their proximity to Rock Lititz meant they already had a number of stage related exhibits. This provided the perfect environment for my moving head exhibit. The lighting fixture chosen was a small LED moving head (Chauvet Intimidator Spot 260). 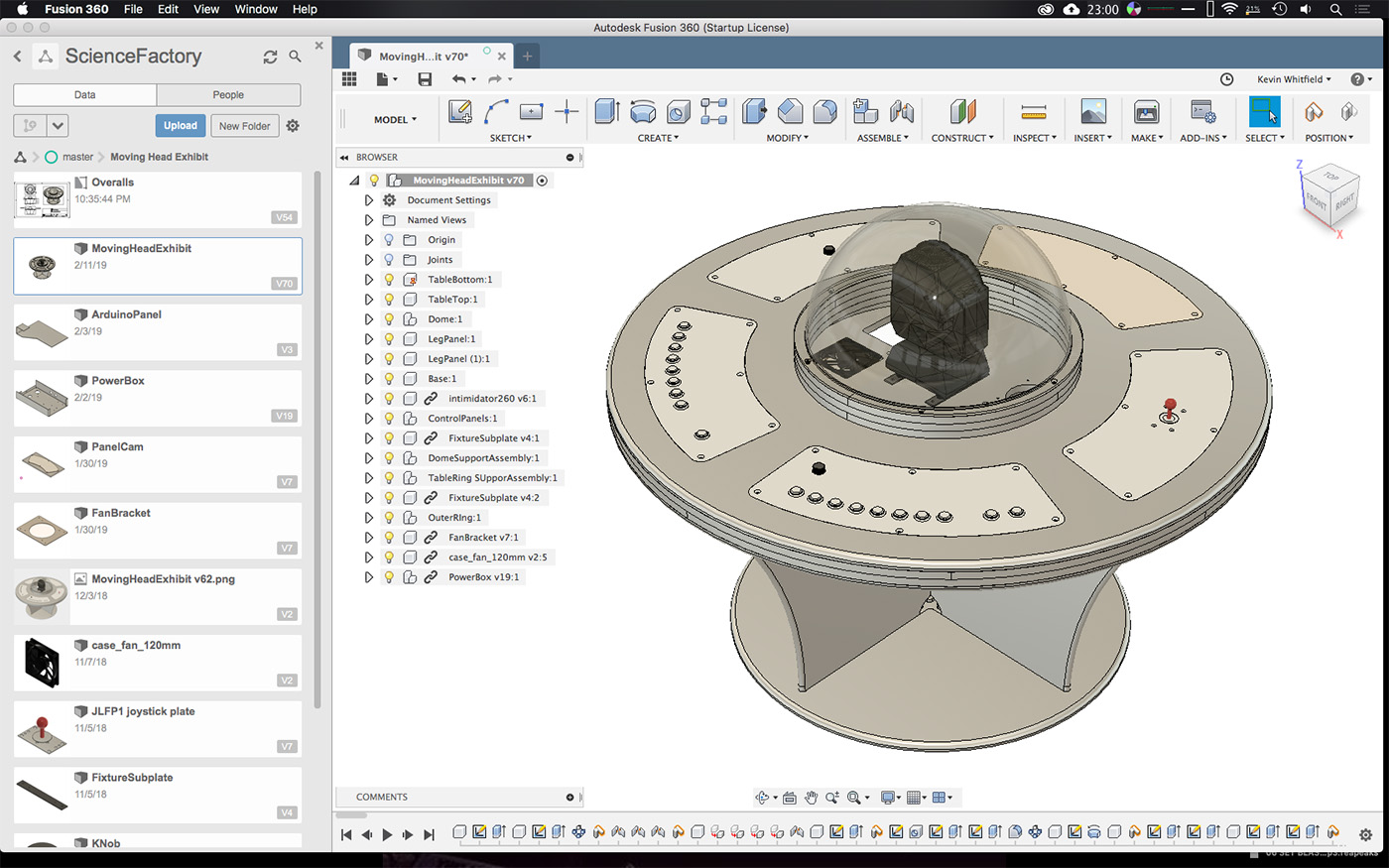 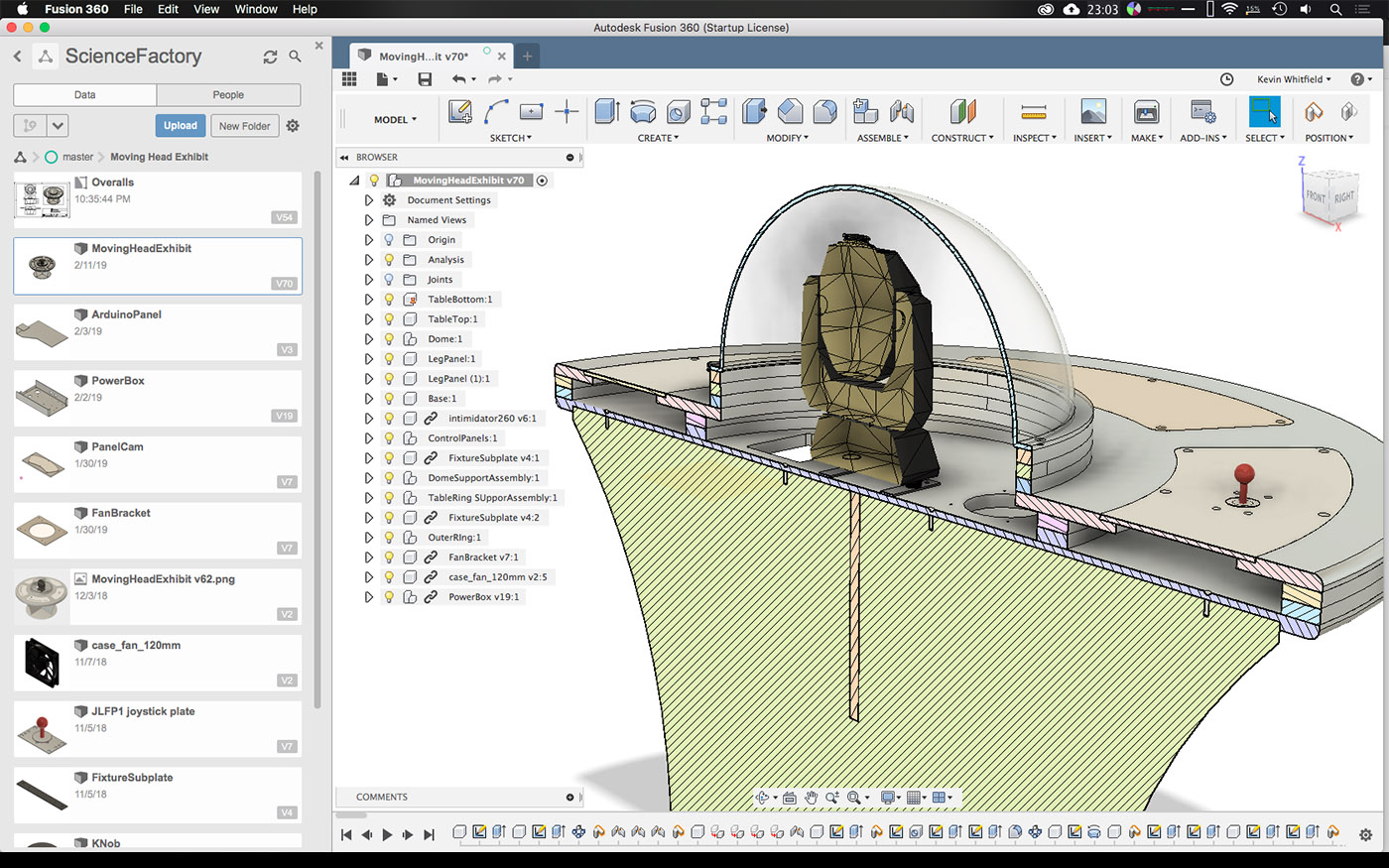 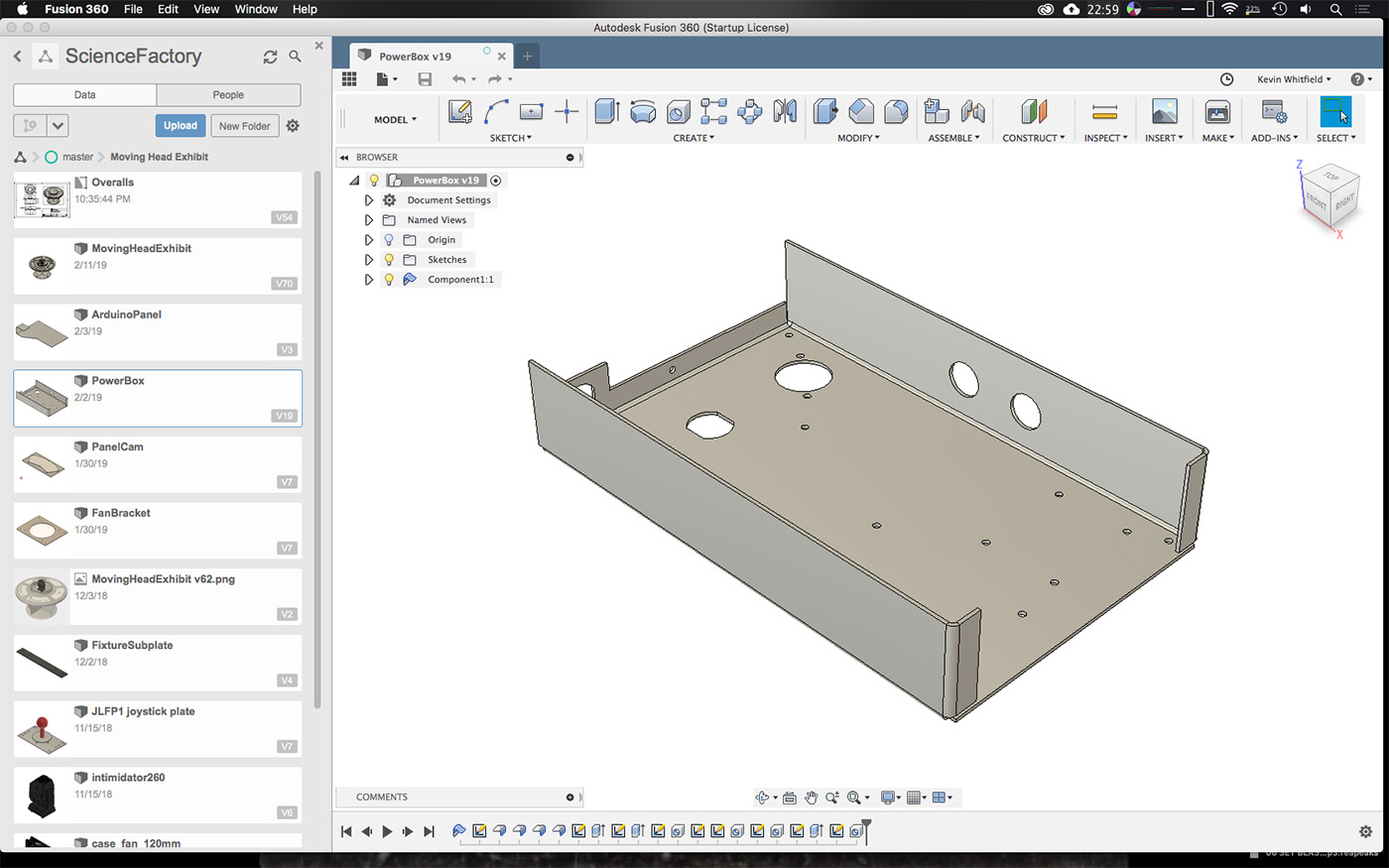 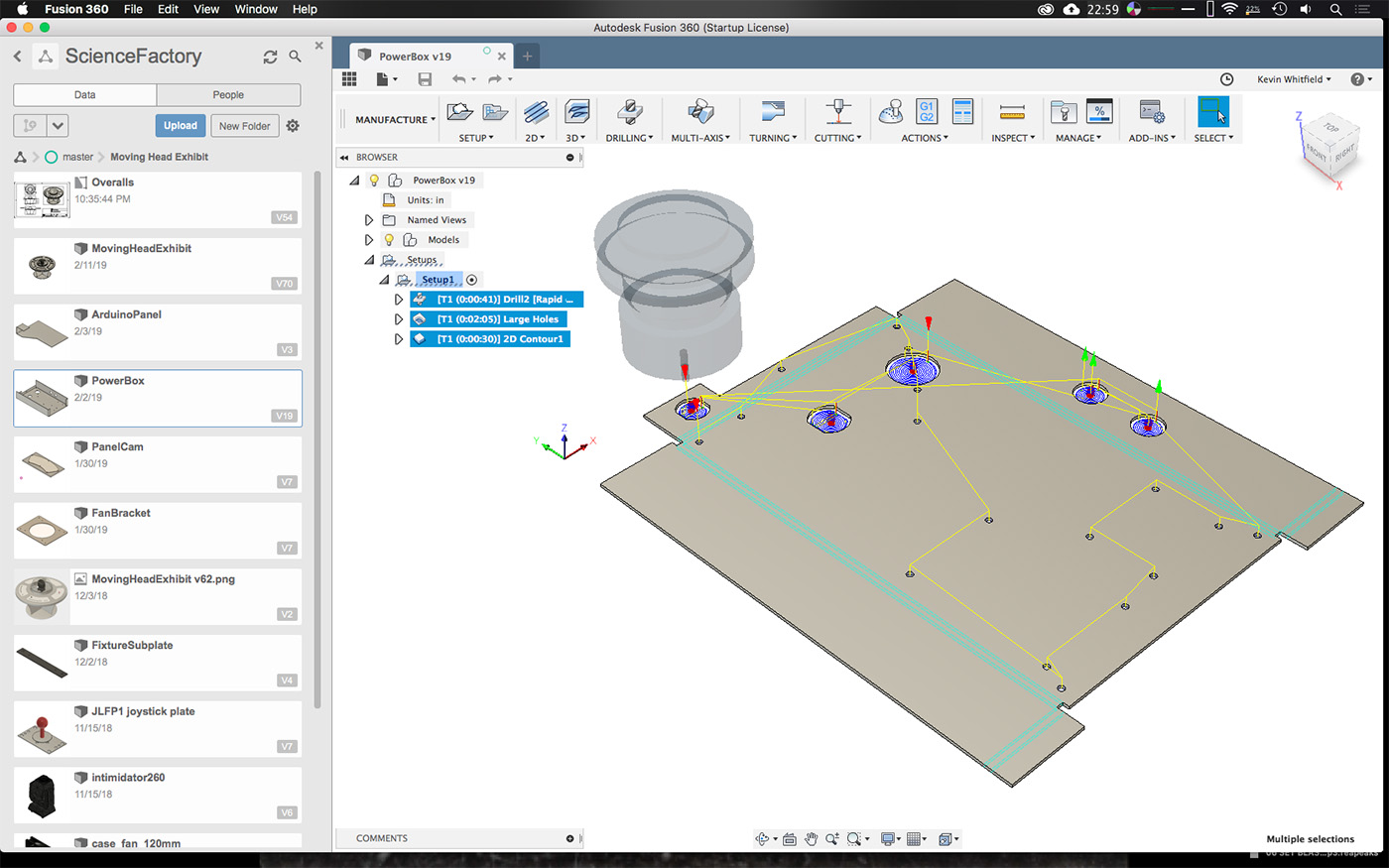 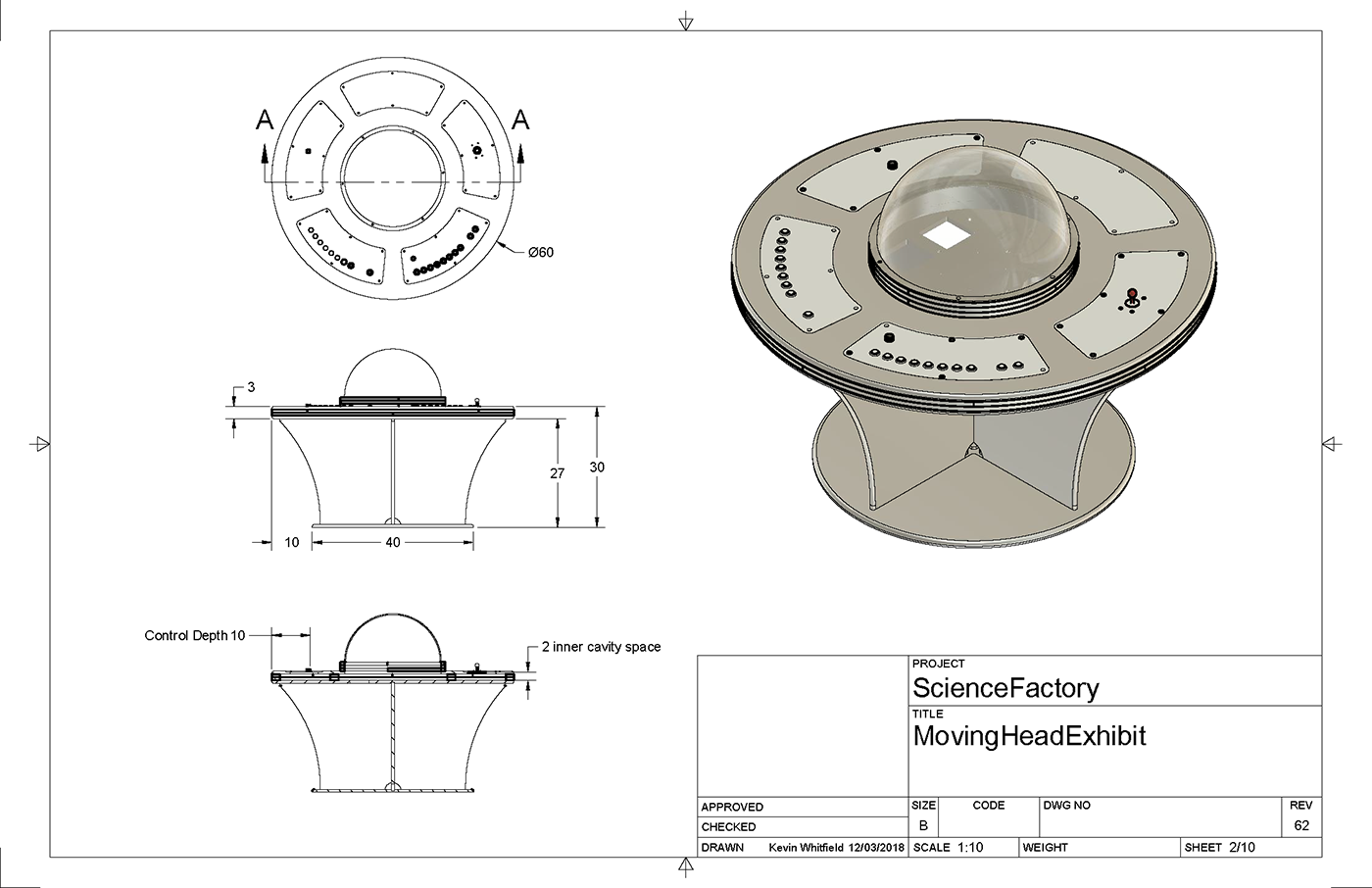 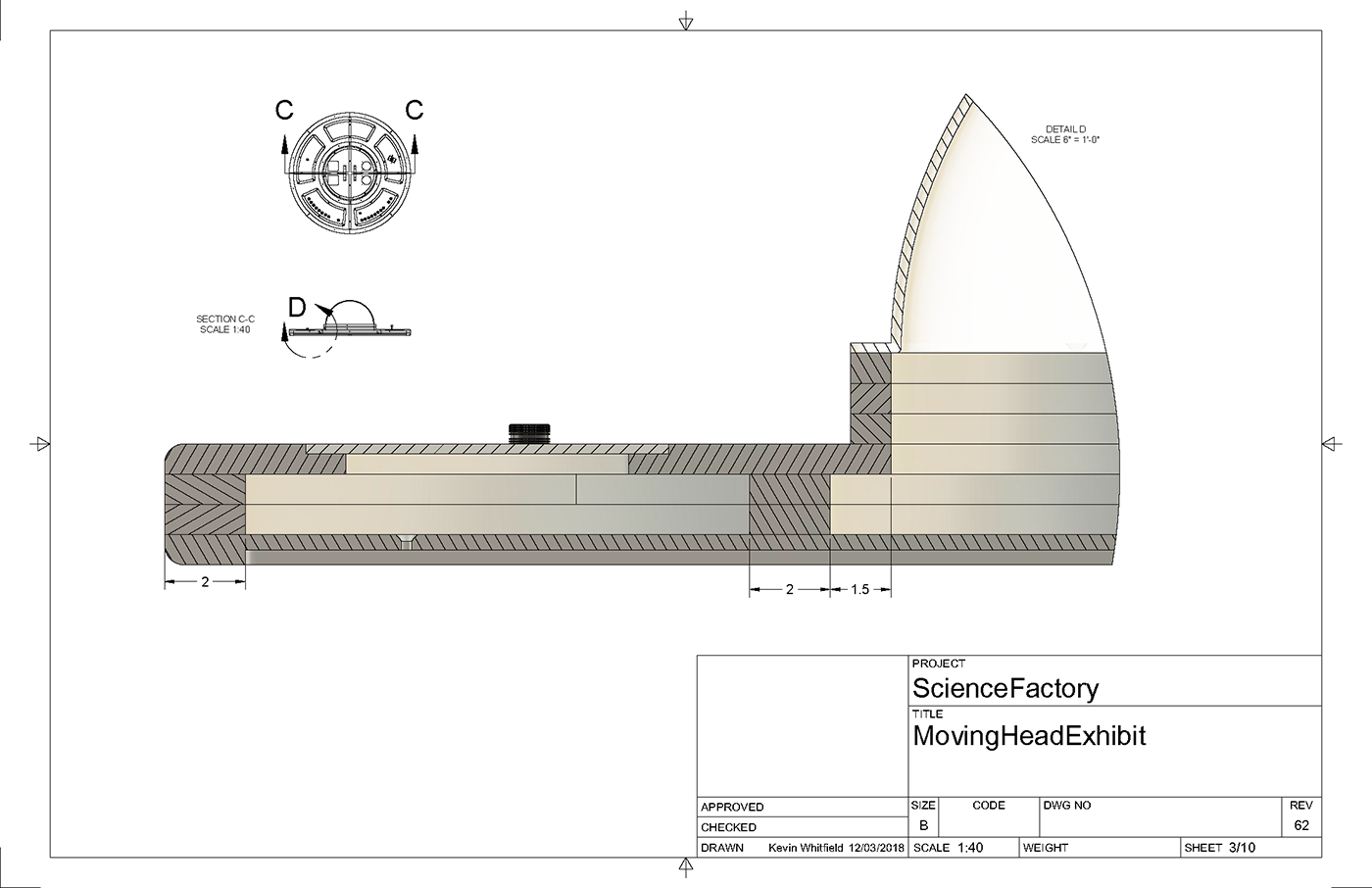 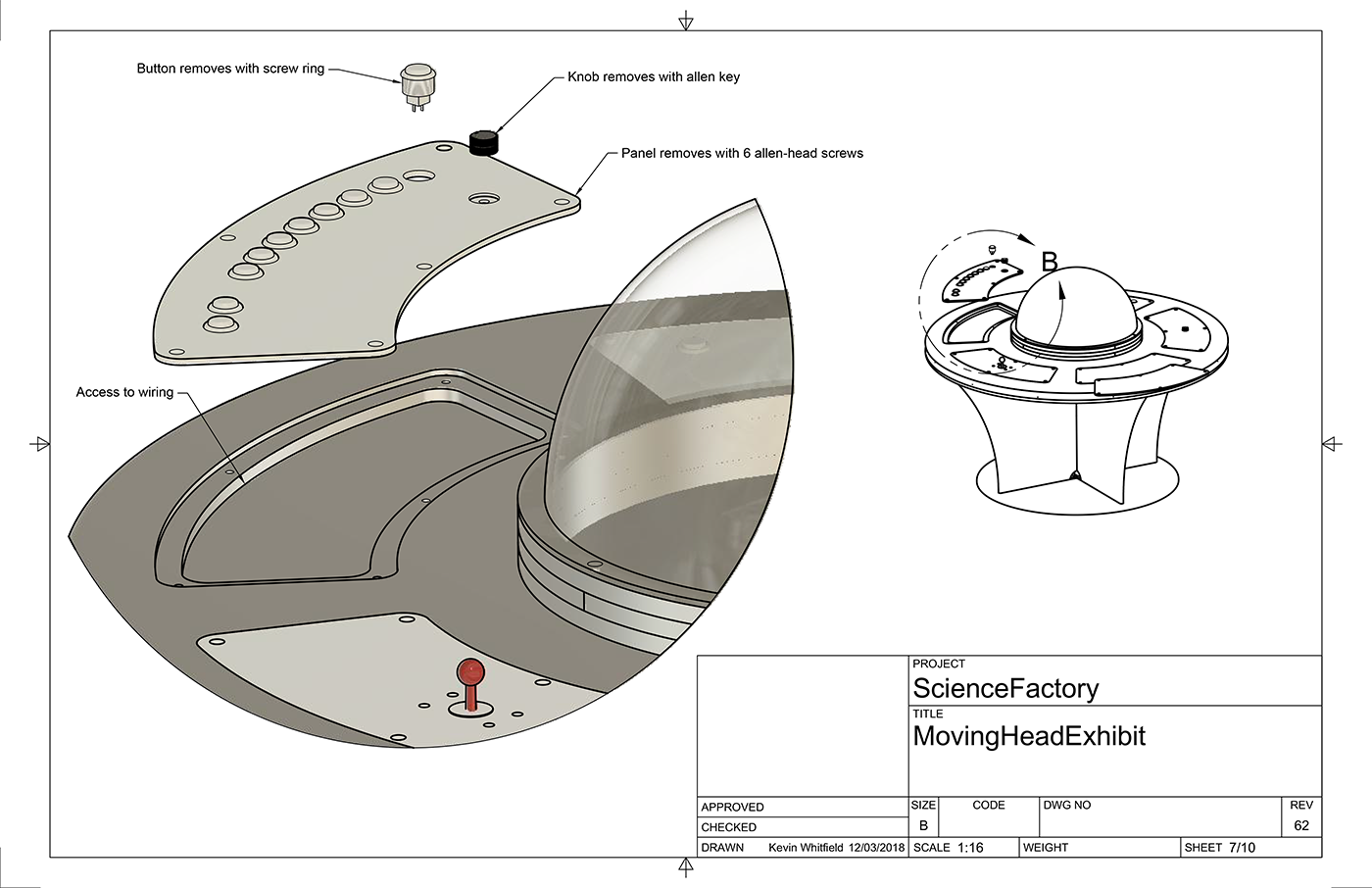 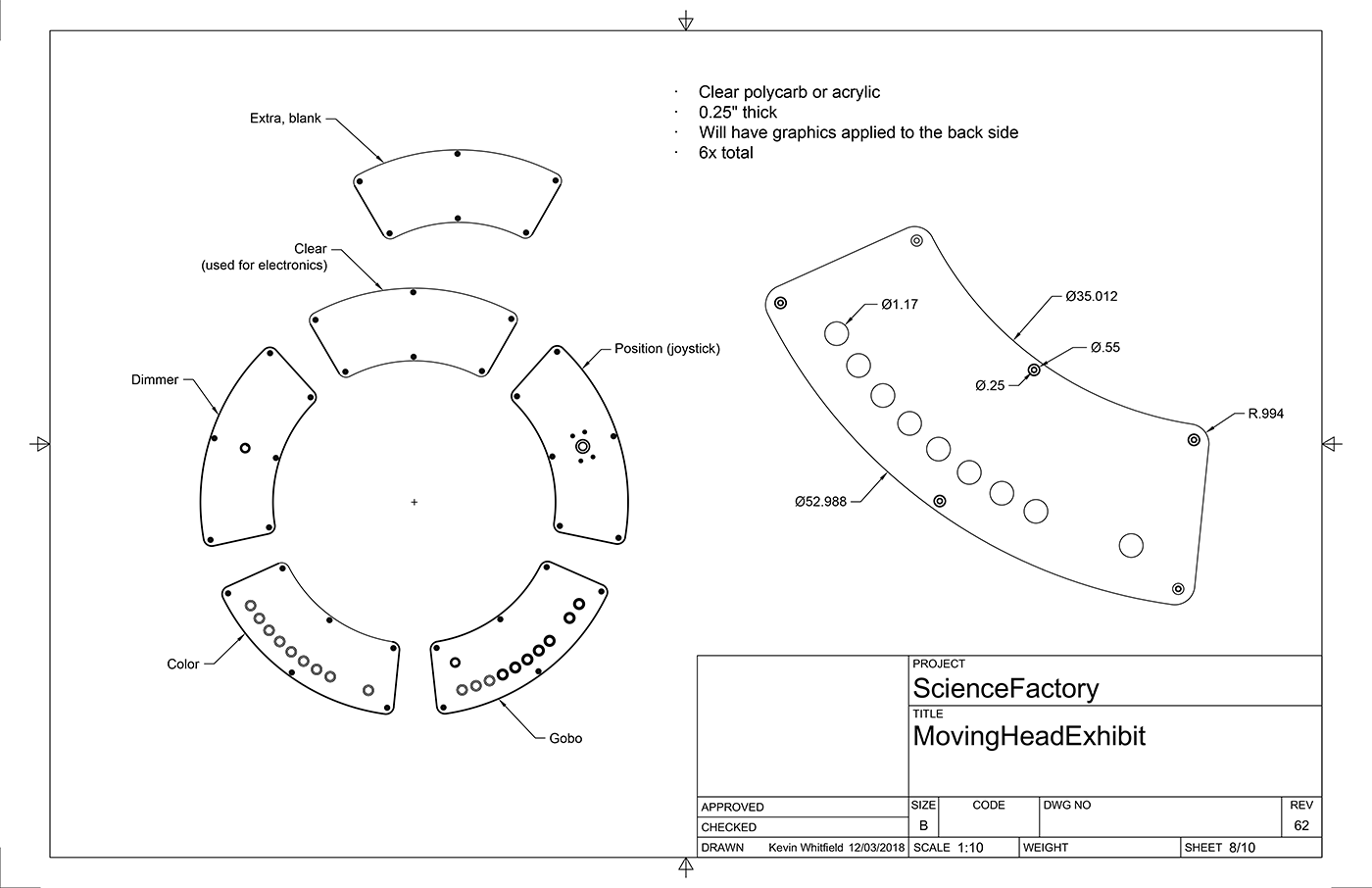 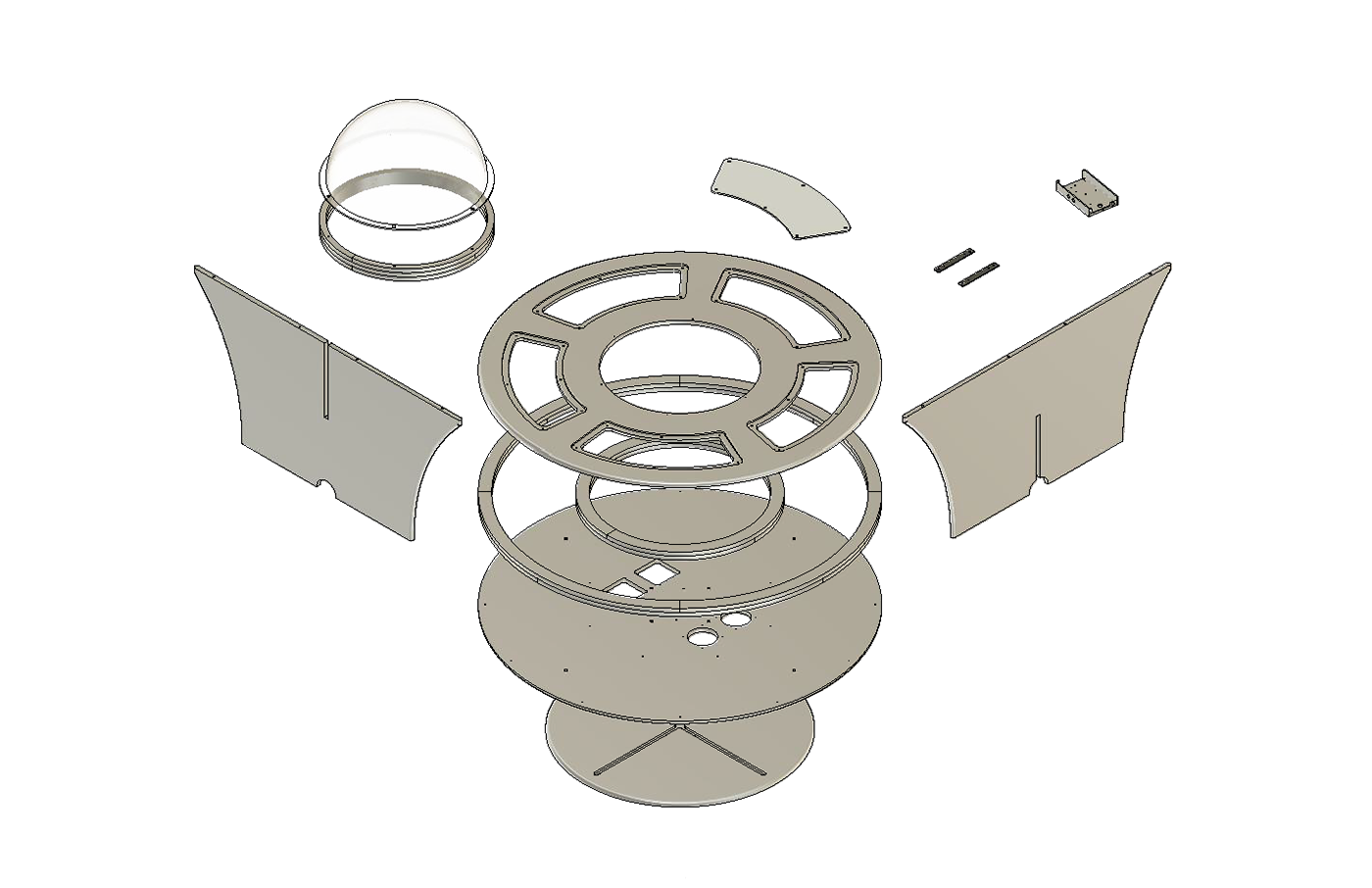 To supply the parts and actually build the exhibit, I relied on the generous donations of Tait Towers, ATOMIC, and Nimblist. Tait handled the supply and cnc routing of the plywood. Atomic printed all the graphics, cnc cut the control surfaces, and made the hanging targets. I handled procurement of all other parts, remaining fabrication, and assembly. 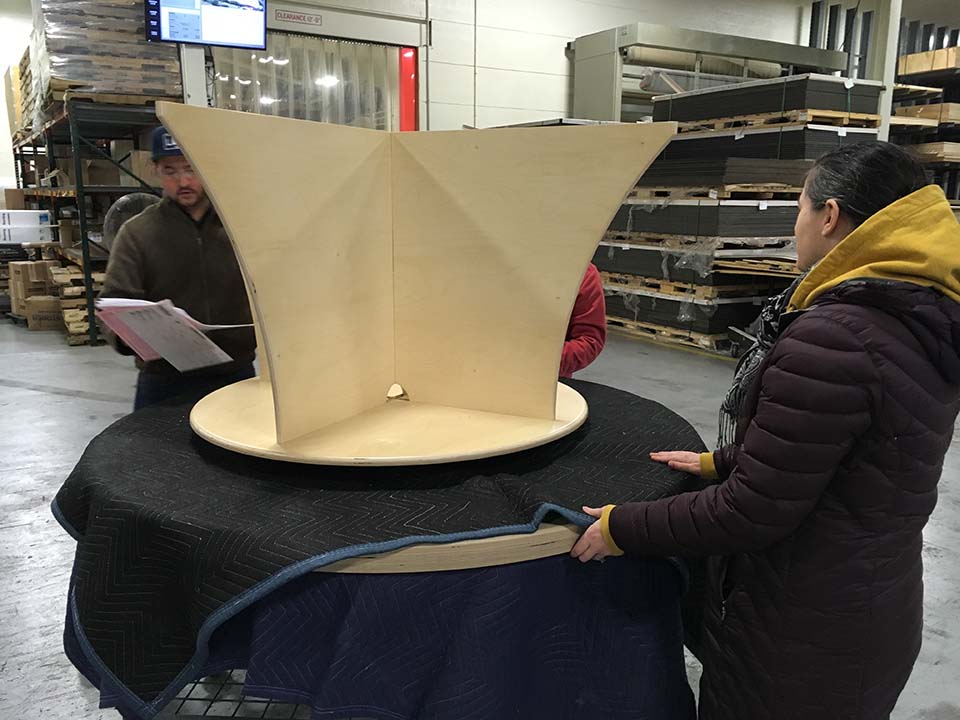 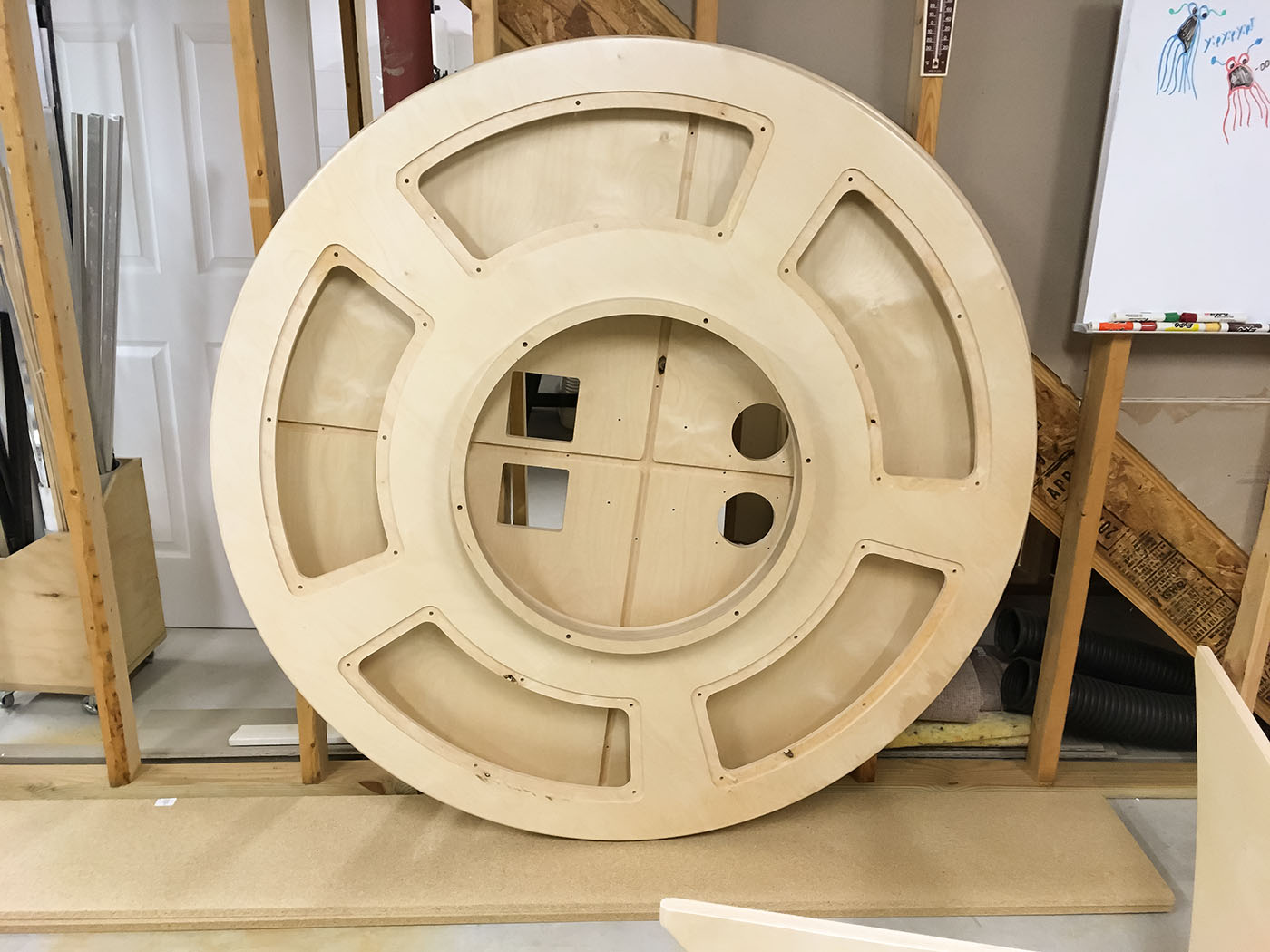 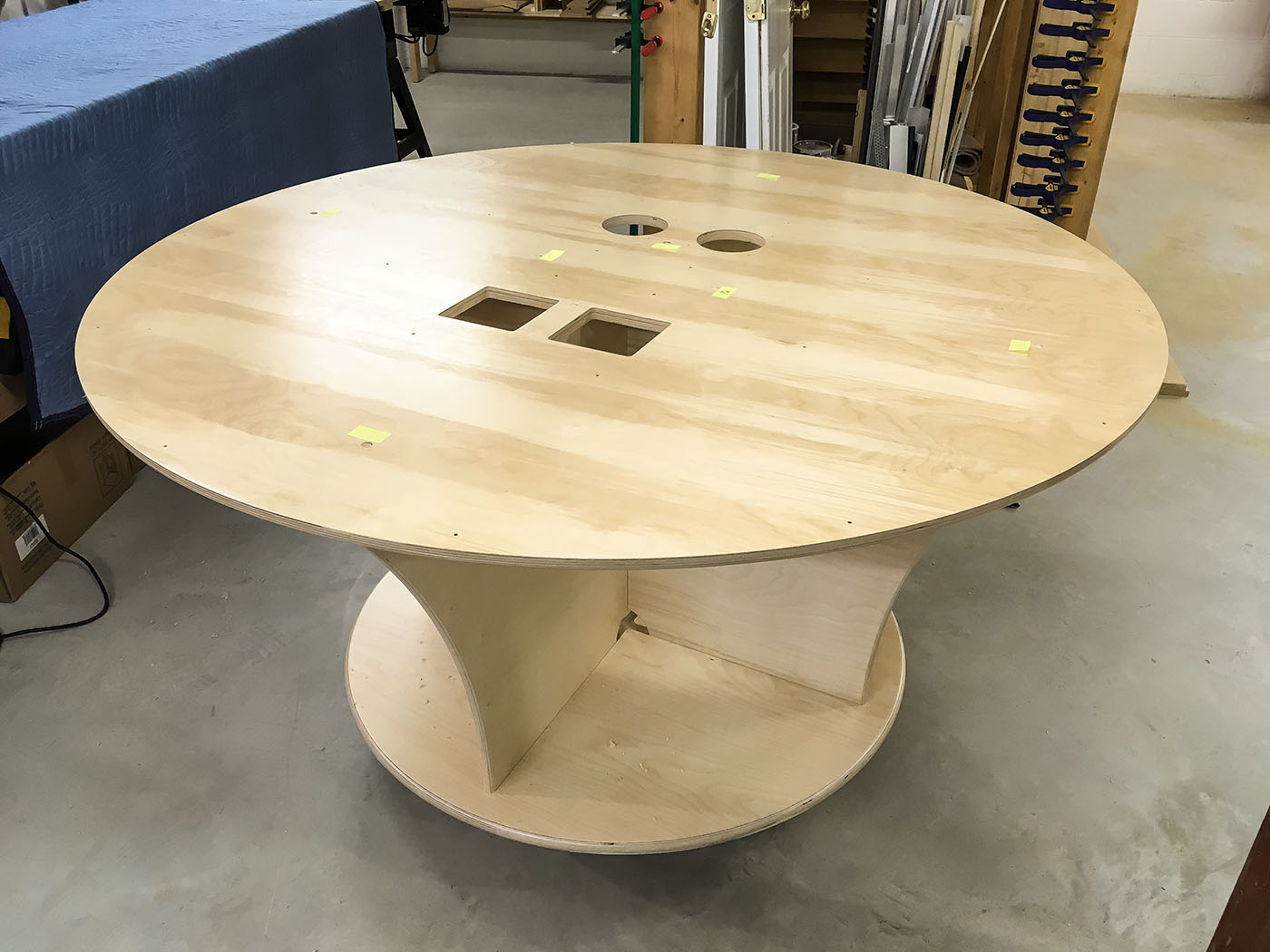 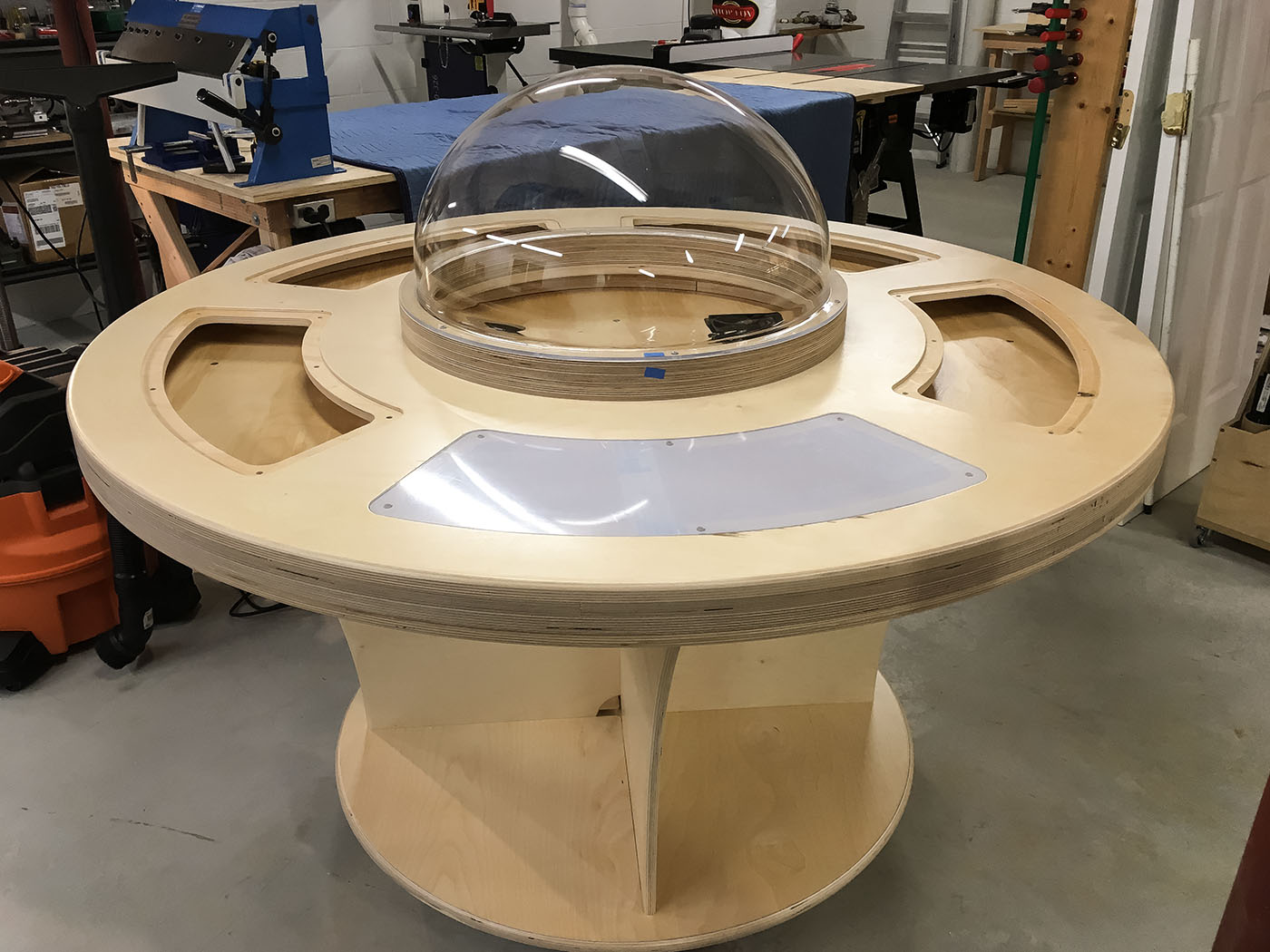 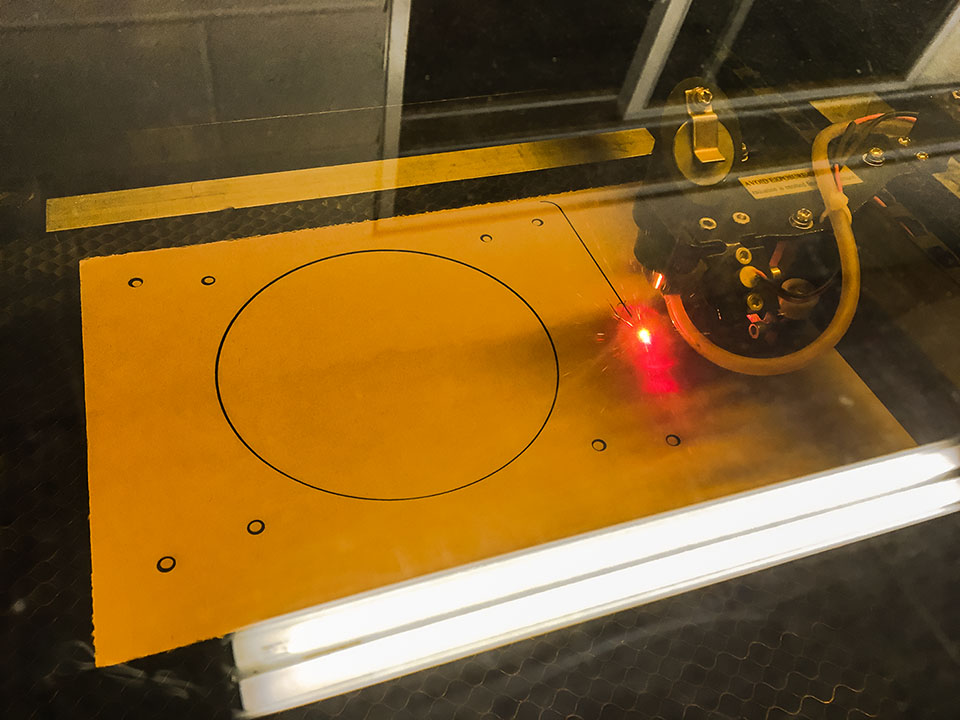 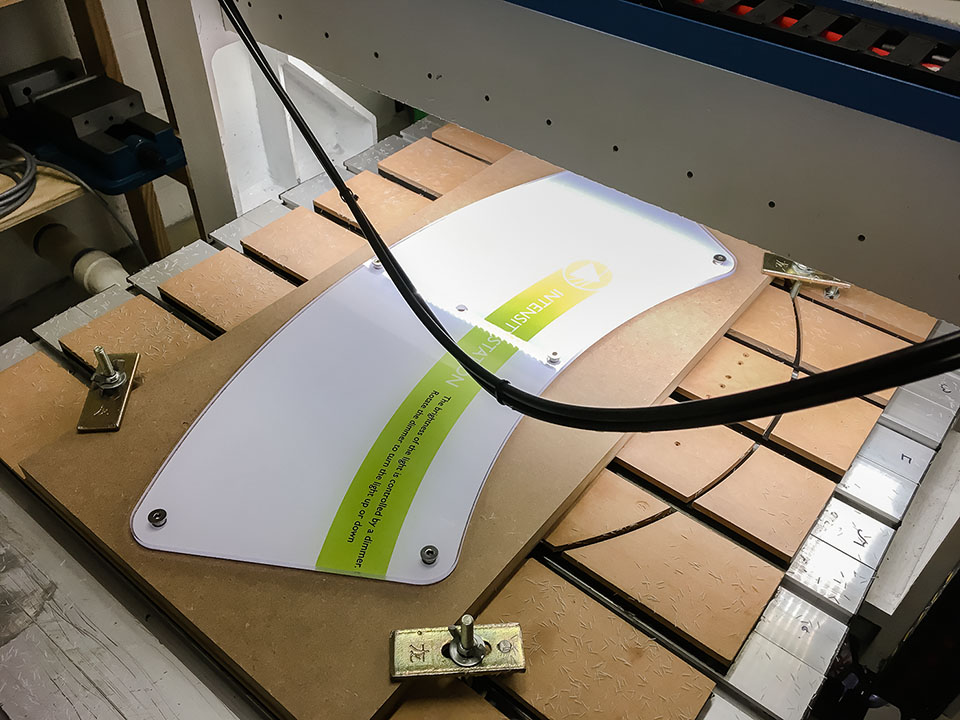 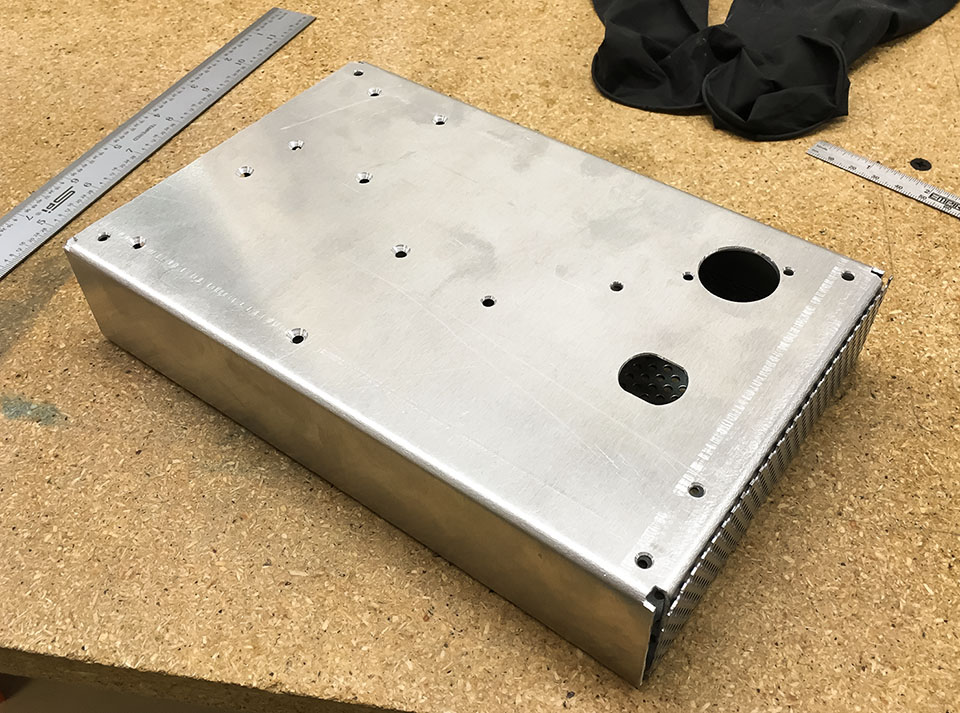 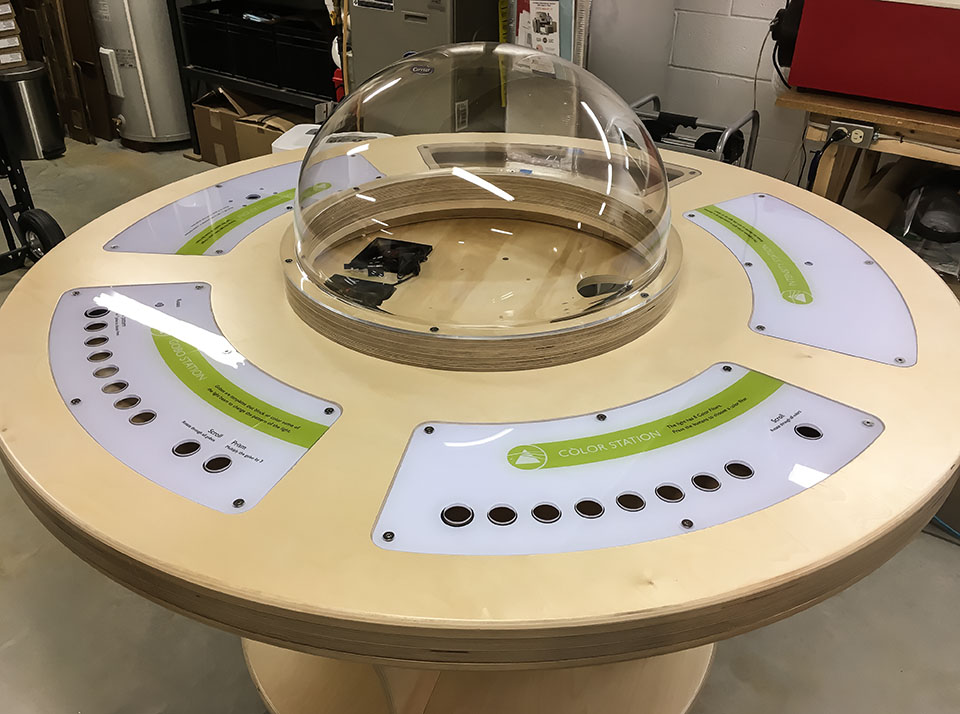 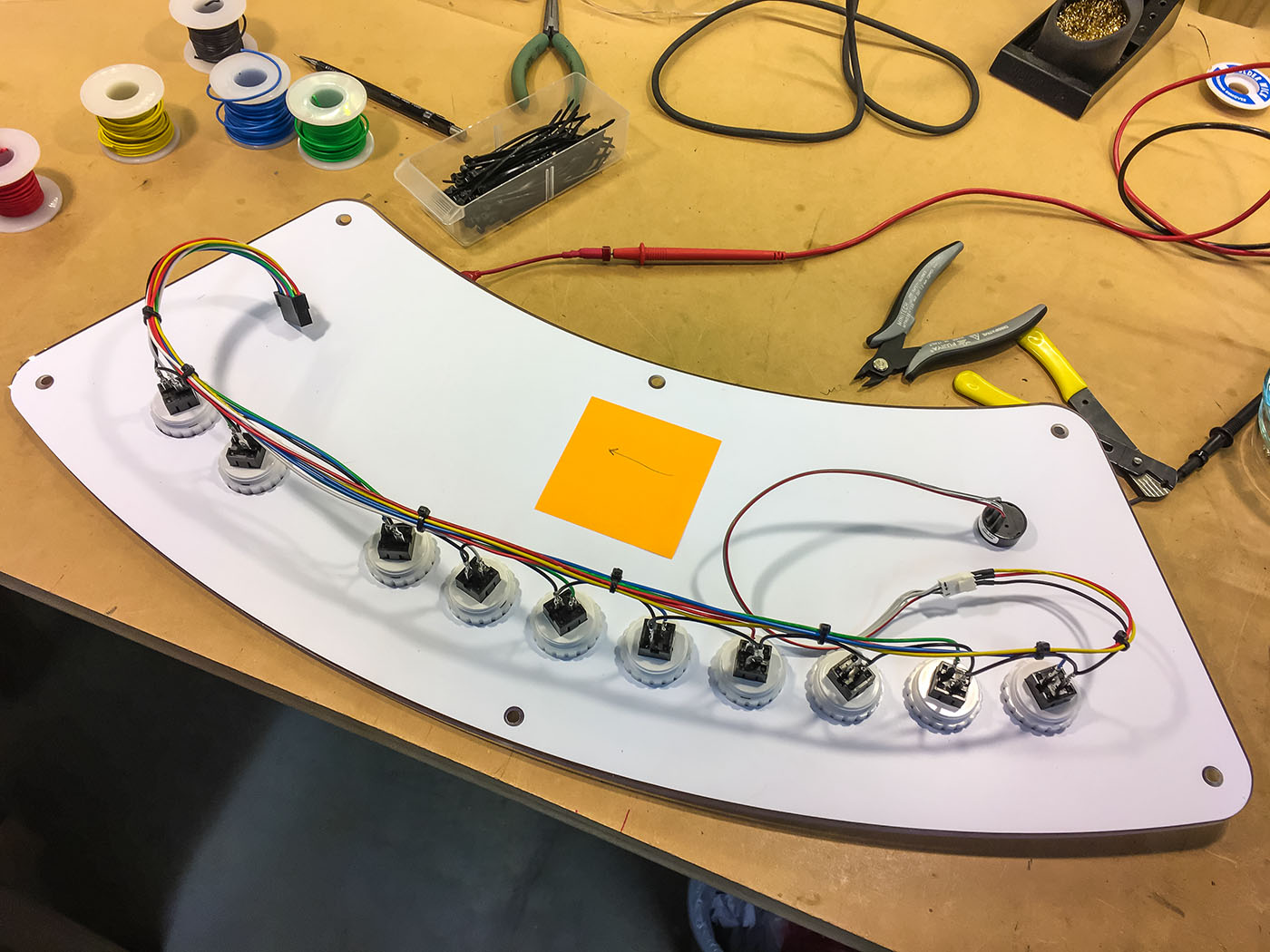 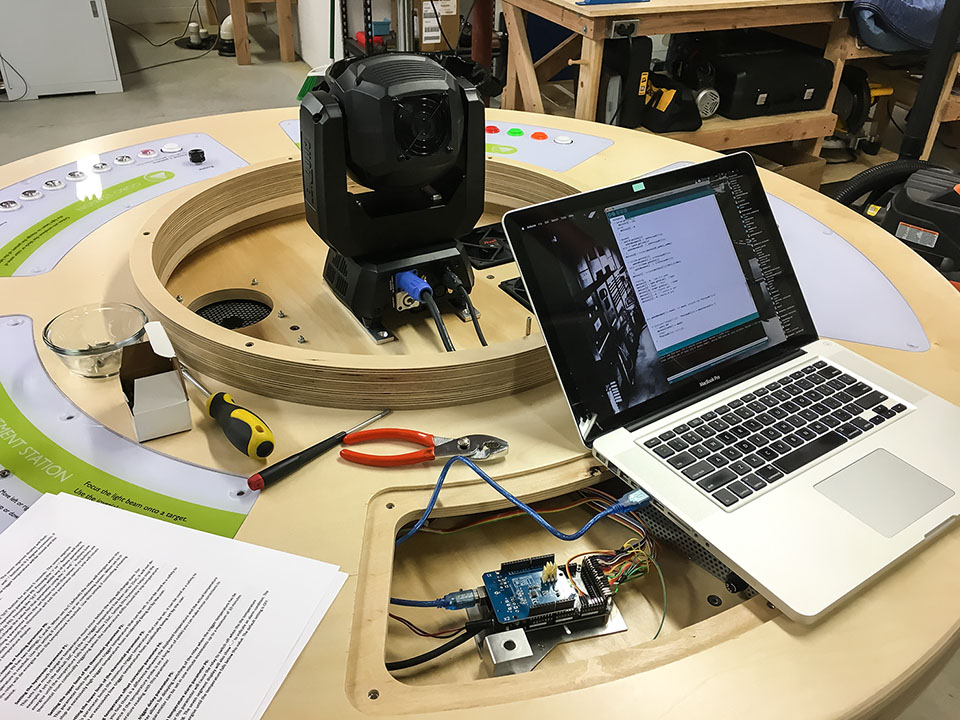 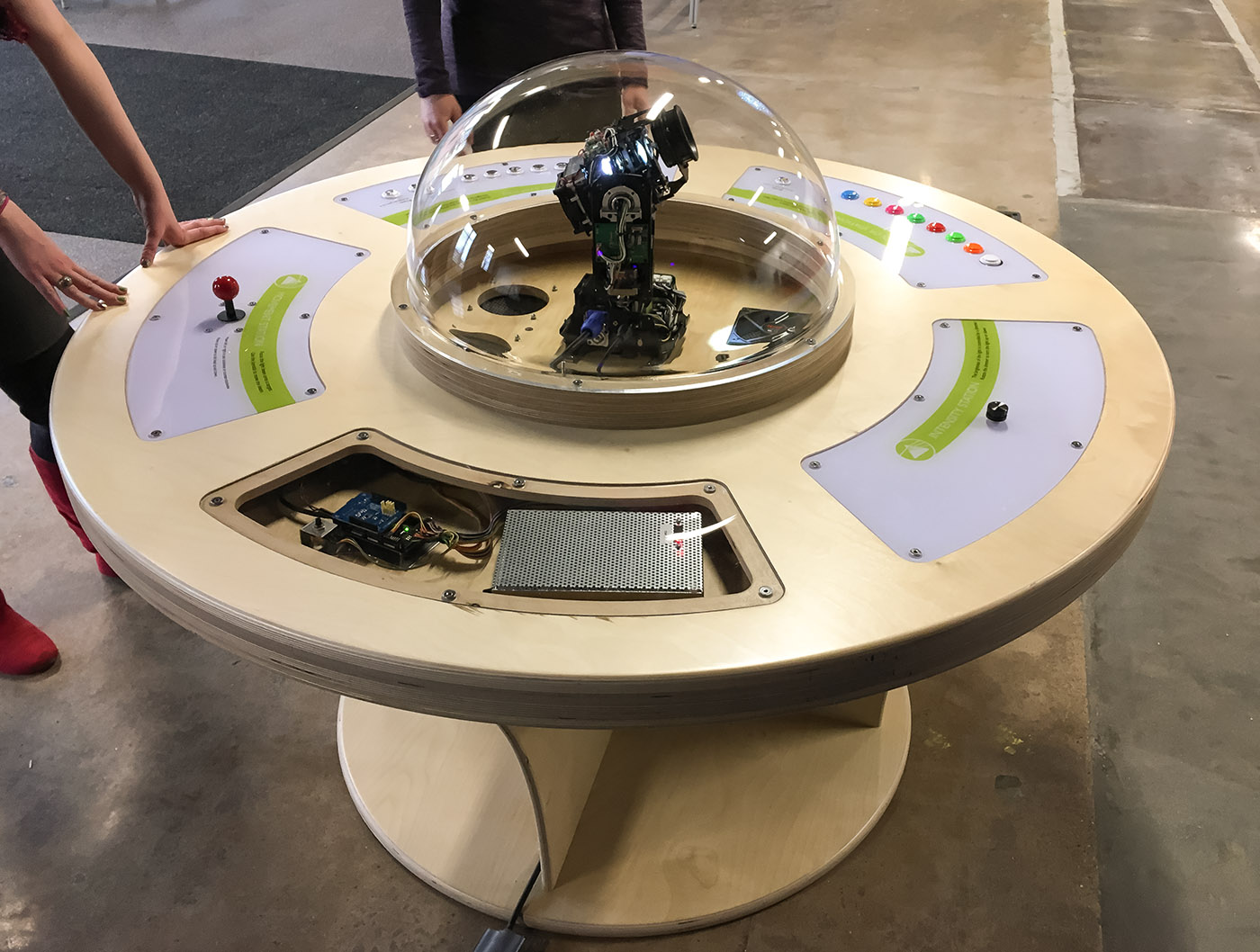 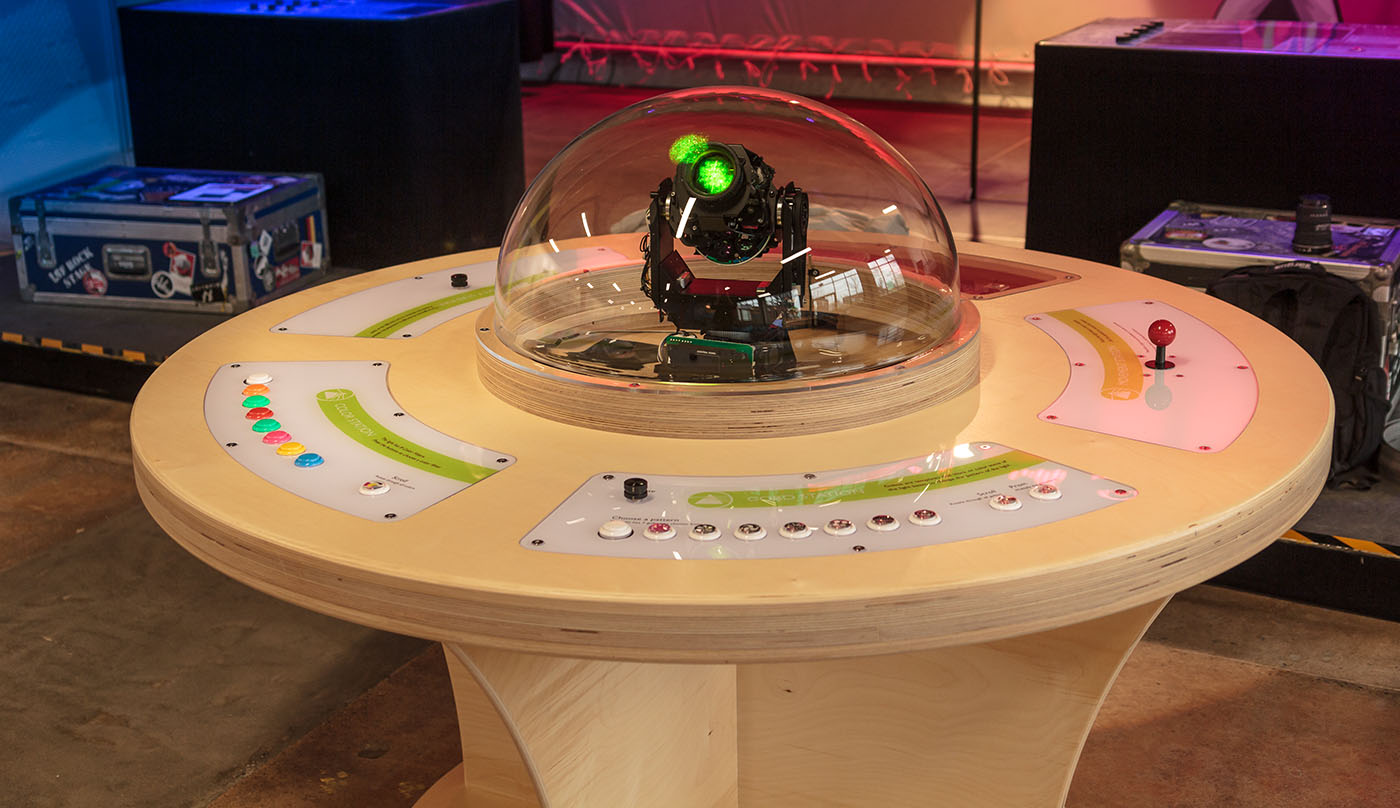 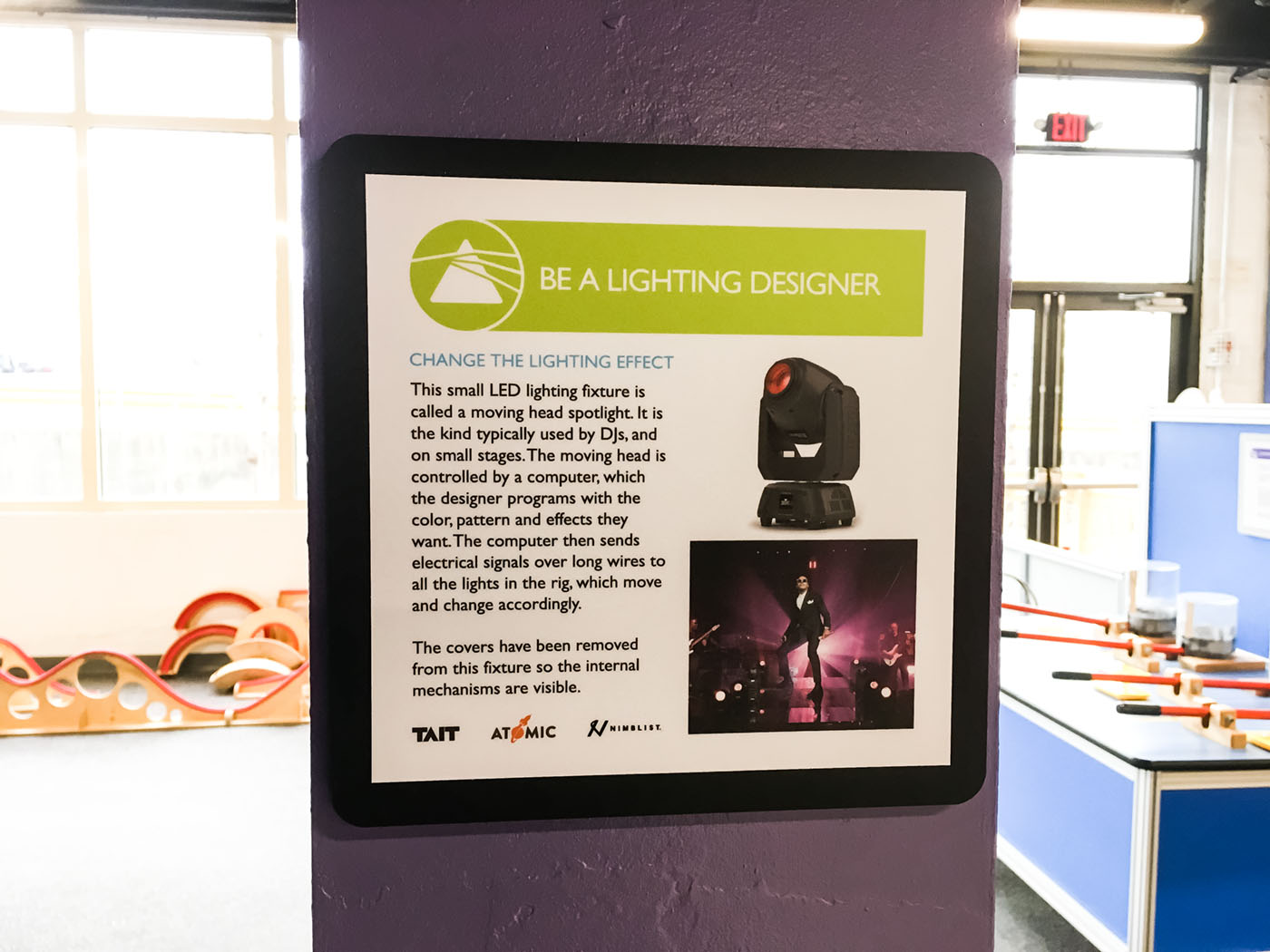 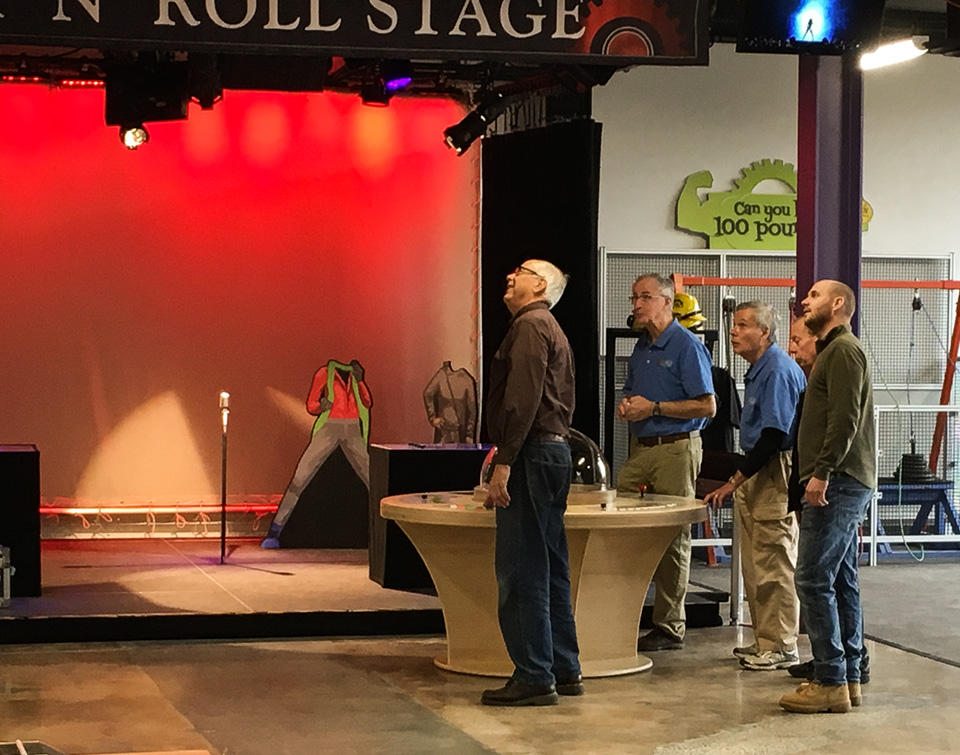 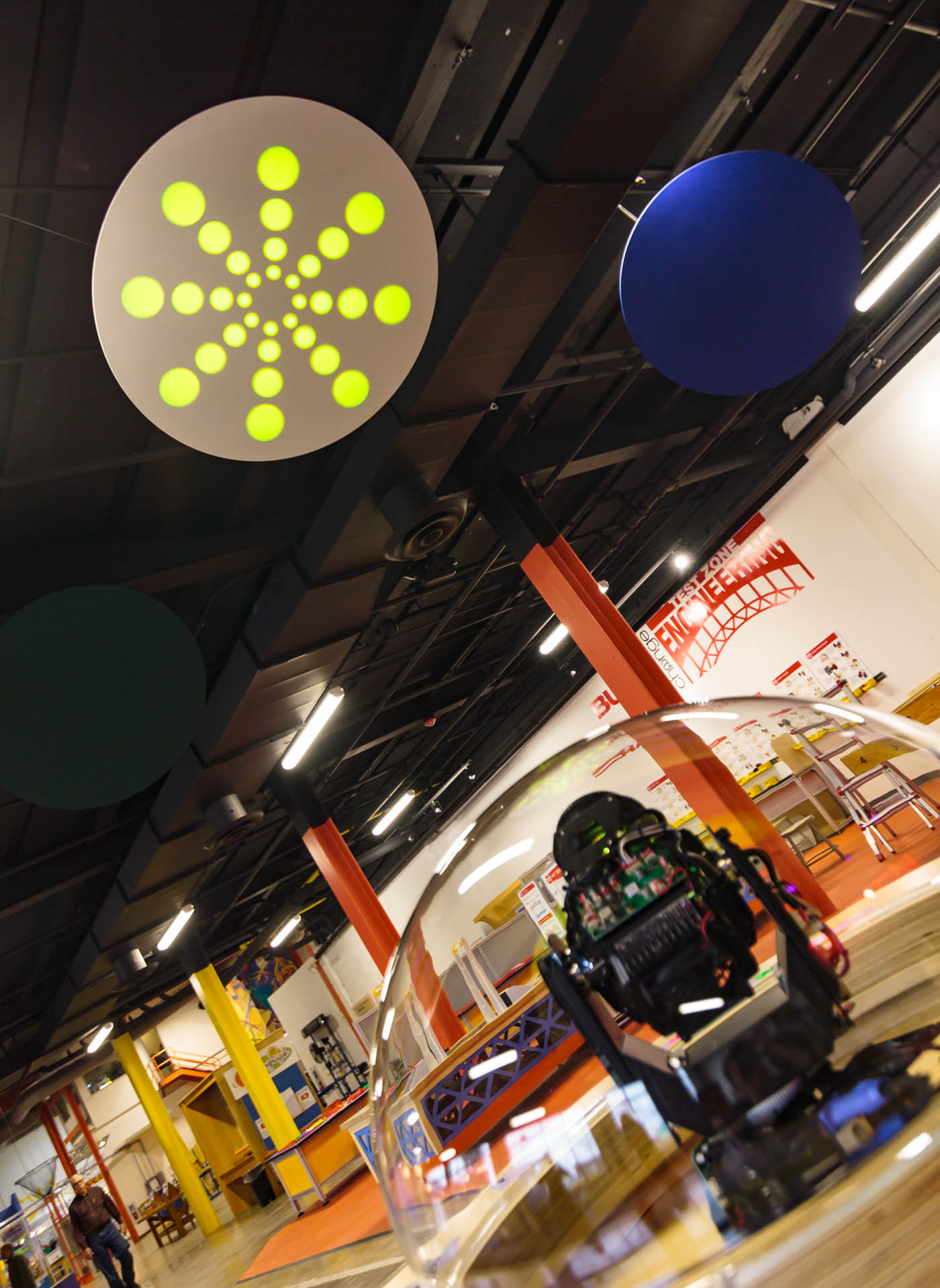